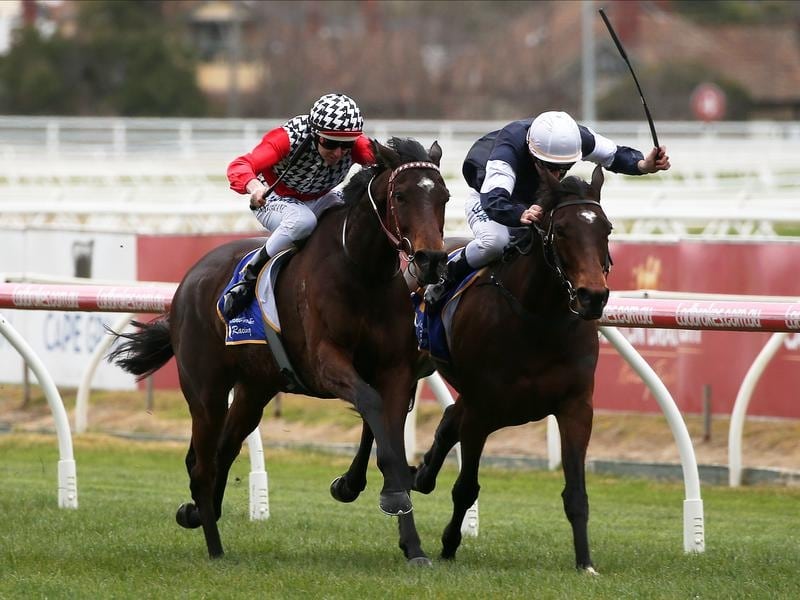 Michael Dee registered his first Group One win in The Metropolitan a year ago and the Melbourne-based jockey will be back in Sydney aiming for a repeat when he rides imported stayer Midterm at Randwick.

In last year’s Metropolitan, Dee won on Foundry who, like his mount in Saturday’s edition, was part of prominent owner Lloyd Williams’ team of horses.

“It was a big thrill and hopefully I can do it again,” Dee said.

Connections have advised Racing NSW stewards of a change of tactics for the Liam Howley-trained Midterm who will be ridden back from barrier 17.

Dee’s win on Foundry was the start of a successful 2017/18 in Group One races for the 22-year-old jockey who added another two victories at the elite level on Shillelagh in the Cantala Stakes at Flemington and Hiyaam in the Vinery Stud Stakes at Rosehill.

Midterm, rated a $15 chance on race eve, will be chasing his first Australian win at his fourth attempt and goes into the $750,000 staying test off a narrow last-start second to High Church over the same distance at Caulfield four weeks ago.

Dee also has another lightweight chance at the meeting with the Chris Waller-trained Paret gaining a start in the $1 million Epsom Handicap (1600m) as second emergency with 50kg.

Paret stormed through the grades with three-straight wins during July and August before being unplaced in the Bill Ritchie Stakes at his final Epsom lead-in.

He is one of eight Waller-trained runners in the Epsom.

“It’s a bit of an awkward draw (11) but I suppose being around that middle area probably won’t be too bad,” Dee said.

“Obviously it’s a big step up but he’s got a light weight and he’s trained by Chris Waller so I’m riding for the right trainer.”