Decisions to be made on Dragon’s direction 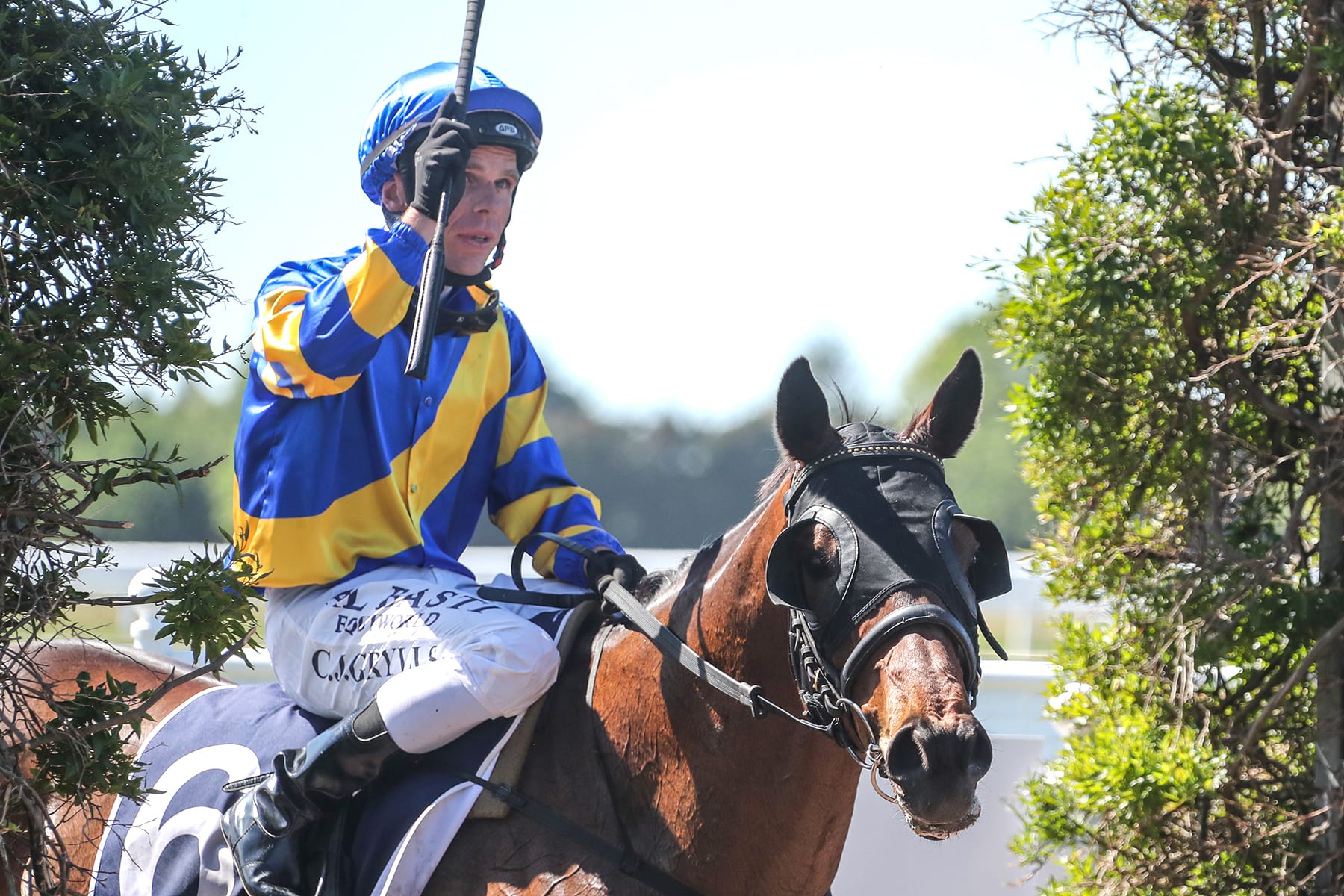 A comprehensive five-length victory over 3000m by Dragon Storm at Riccarton on Saturday has created an interesting conundrum for his trainer Chris Gibbs. Gibbs, who prepares the six-year-old in partnership with Michelle Bradley, sent his charge south with an eye on a start in the Group 3 Christchurch Casino New Zealand Cup (3200m) next month however Saturday’s win has opened up an opportunity to compete in the unique A$304,000 Jericho Cup (4600m) at Warrnambool in late November.

The Jericho Cup is a race that was introduced in 2018 to commemorate the centenary of a race run on the desert sands in Palestine in World War I to divert attention from the Australian Light Horse’s charge at Beersheba and is restricted to Australian and New Zealand bred horses to honour the spirit of the ANZACs.

The inaugural event at Warrnambool was won by New Zealand bred son of Redwood, High Mode, while former Kiwi Ablaze proved too good last year. Saturday’s Riccarton race was the second New Zealand qualifying event for the Jericho Cup with the first being taken out by Master Fin at New Plymouth last month.

“I will have a talk to the owners on Monday once we see how he pulls up but by all accords he has come through well. “My initial thought is that we push on to the New Zealand Cup as he is in good form, he likes the track and the money is good, so we go there and worry about the other race after that.”

Gibbs was pleased to see Dragon Storm back to winning form after tweaking his training regime for this campaign. “We’re touching new ground a little bit with him this time as I’ve trained him a little bit differently and kept him a lot fresher,” he said.

“He was very dominant on Saturday which was pleasing. “I knew he’d get the distance but it was really whether anything else could come up and grab him once he got to the front in the straight. “He had them all well covered in the end which should stand him in good stead for his next assignment. “He should get into the New Zealand Cup with a light weight and we know he will certainly run the trip right out.”

By Group 1 Melbourne Cup (3200m) winner Shocking out of dual Group 1 Auckland Cup (3200m) winner Prize Lady, Dragon Storm has now won four of his 22 starts. He currently sits at 22nd on the order of entry for the New Zealand Cup before any rating penalty for Saturday’s win and is listed as an $8 chance on the TAB Fixed odds market behind joint favourites Communique ($6) and Gorbachev ($6), with the former a doubtful starter and more likely to head to the Group 2 Coupland’s Bakeries Mile (1600m).

Gibbs also advised that he would be operating in his own right from November 1 after Bradley handed in her notice to him recently. “Michelle has handed in her notice so I’ll be on my own from the end of this month,” he said. “We’ve told all of our owners now and we are parting on excellent terms.

“Michelle wants to spend some more time with her family and I’m sure she will have some plans of her own, but for me it will just be business as usual.”