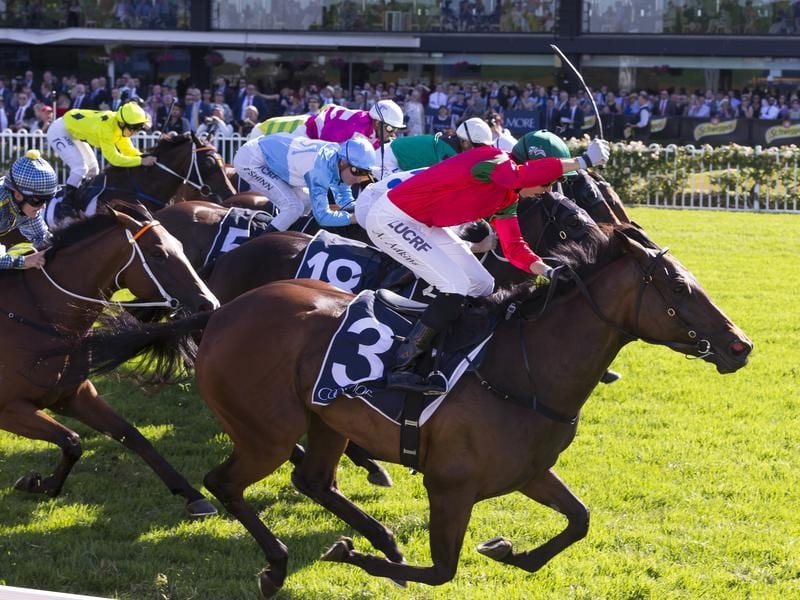 Daysee Doom will have to carry 58 kilograms if she is to defend the Group One Coolmore Classic.

The Ron Quinton-trained mare is topweight for Saturday’s 1500m-feature for fillies and mares with her stablemate Dixie Blossoms next with 56.5kg.

The two six-year-old mares have been mainstays of Quinton’s stable over the past few years but both are in their final preparations before heading to stud.

They have raced against each other throughout their careers and it is no different this time with the Queen of the Turf also a Group One target.

“They are both well and working well heading to the Coolmore,” Quinton said.

“They are not getting any better as they get older but they are still going well and wlll have a good gallop in the morning.

“It is a shame they have had to race each other so many times.”

Regular rider Andrew Adkins will be aboard Daysee Doom with Christian Reith taking the mount on Dixie Blossoms.

New Zealand Group One winner Savvy Coup who is now with Chris Waller, will carry equal second top weight with Dixie Blossoms with three-year-old fillies Mizzy, Pohutukawa and Qafila all given 50kg.

The Waller-trained I Am Serious heads the TAB’s first market on the Coolmore at $6 from a group including Dixie Blossoms at $11 with Daysee Doom among those on $15.

There were 21 entries taken on Monday for the Magic Night Stakes for fillies and 18 for the Pago Pago Stakes for colts and geldings with the two races the final chance to two-year-olds to force their way into the Golden Slipper field.