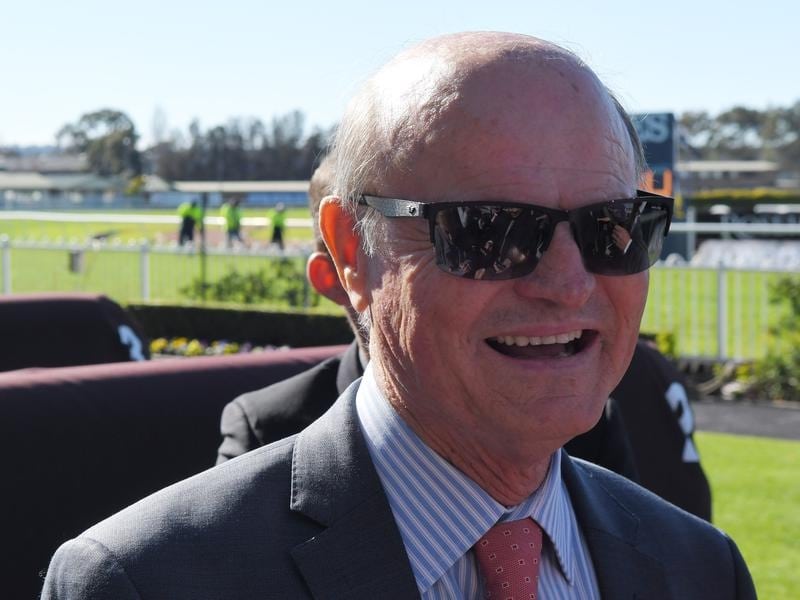 David Payne will send out three two-year-olds in the same race at Warwick Farm, not by choice.

Wednesday’s 1600m-race is the only one he can find to test the stable’s late season youngster’s over a distance so Tarka, Commentator and Reagan will take their places.

A champion trainer in his native South Africa, Payne said the propensity of sprint races in Australia made it hard to give the staying-bred youngsters a grounding.

“In South Africa we would have distance races for two-year-olds every two or three weeks,” he said.

“Here they are all sprints and yet the biggest race is the Melbourne Cup.

“I didn’t necessarily want to put these three in against each other but there was no choice.”

Tarka is the shortest-priced of the three at $3.60 with Reagan and Commentator both at double figures.

“Tarka is obviously the one but I wouldn’t be surprised to see Reagan run a race now he is up to 1600 metres,” Payne said.

Reagan has been unplaced in his six runs so far up to 1300m while Tarka has a third from two starts.

Premiership leader Brenton Avdulla rides Tarka, Keagan Latham is on Commentator and 3kg claiming apprentice Brock Ryan is aboard Reagan, bringing him into the race with 50kg.

Fellow Rosehill trainer Gerald Ryan has opted to keep Mollyfied to her own sex over 1300m at Warwick Farm rather than take on open company over 1400m.

She will be ridden by champion New Zealand apprentice Sam Weatherley.

“She deserves to win one in town,” Ryan said.

Jean Van Overmeire has been riding her but he had a commitment for his boss (Bjorn Baker) so I had no hesitation putting Sam on.

“From what I’ve seen he rides very well.”

Mollyfied has won three provincial races, two at Wyong and won at Gosford.