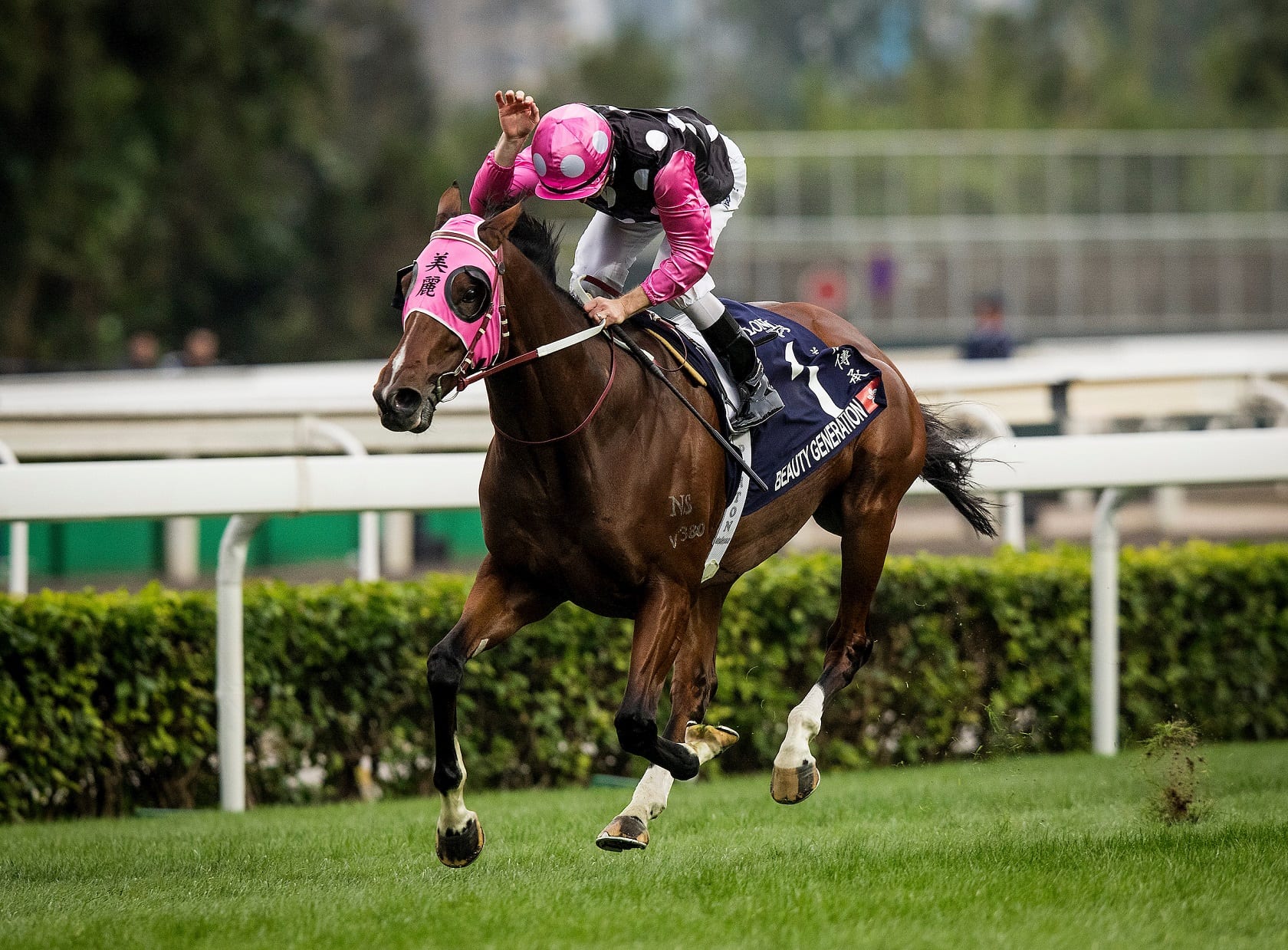 Hayes famously sent Fields Of Omagh into retirement after the nine-year-old snared Australia’s premier Group 1 weight-for-age contest – the Cox Plate – at Moonee Valley in 2006 to cap his career in a blaze of glory.

The comparisons to Beauty Generation, twice Hong Kong Horse of the Year, are not lost on Hayes, who inherited the decorated eight-year-old after John Moore’s retirement.

In two runs for Hayes, the 2017 and 2018 Hong Kong Mile winner has had his colours lowered by Hong Kong’s boom galloper Golden Sixty, dead-heated for second in the Group 3 Celebration Cup (1400m) before running sixth in the Group 2 Oriental Watch Sha Tin Trophy Handicap (1600m).

Fields Of Omagh had won just one of 12 starts before tackling – and conquering – the Cox Plate for a second victory after Hayes took over the gelding from Tony McEvoy after returning to Australia from Hong Kong in 2005.

“It would be wonderful to win with him, especially if you could resurrect an old champion like Beauty Generation,” Hayes said after the gelding cantered over 2000m on the inner track at Sha Tin on Thursday (10 December).

“He reminds me – and he’s more high-profile – of an old Fields Of Omagh going into his last Cox Plate, doing everything right but overlooked and under-rated by the market.

“This horse is going to start well overs which is quite ironic because up until the last 12 months, he’s been favourite in everything he’s raced in.

“The guy who rides him, Romain (Clavreul), who has ridden him all his life, says he feels as good as ever, which is really encouraging.

“We’ve taken a fresh approach. We elected not to give him a lead-up race or a trial. He’s just had three nice gallops on the course proper over the last month and I’m really happy with his level of fitness and he looks fantastic.”

Hayes said a decision on Beauty Generation’s future would not necessarily hinge on Sunday’s performance.

“If he runs competitive, he’ll certainly keep racing on,” he said.

“If he disappointed, it (retirement) would be considered, but I would think they would love to run him in the 1400m Group 1 (the Queens Silver Jubilee Cup) that he won last year – his last win.

“But if he’s racing well, I can’t see any reason why he wouldn’t keep going.”

Beauty Generation will start from barrier three under Zac Purton as he attempts to match Good Ba Ba’s feat (2007-09) of winning the Mile three times.

Hayes will unveil a trio of exciting imports on the undercard of Sunday’s quartet of Group 1 features with former Australian Master Montaro, British import Pas Malotru and emerging French talent The Summit.

Master Montaro was unbeaten in Australia, posting decent margins at his only two starts, the most recent in an emphatic 1140m romp in restricted company at Geelong Racecourse on 29 May, 2020.

Pas Malotru was a Group 3 winner over 1200m at Milan in 2019, adding a Listed victory over 1401m at Lingfield’s Polytrack in February.

The three-year-old’s most recent outing yielded a third placing behind the flying Pinatubo in the Group 1 Prix Jean Prat (1400m) at Deauville in July.

The Summit gained a start in the Class 2 Maurice Handicap (1600m) after the withdrawal of last start winner Enrich Delight, who raced for Godolphin in Australia as Chenier.

The Summit won the Group 3 Prix de Fontainebleau (1600m) at Longchamp in May before posting second placings in the Group 1 Poule d’Essai des Poulains (1600m) and Group 1 Prix du Jockey Club (2100m) at Chantilly in June and July.