Beauty Generation to be farewelled at Sha Tin in special ceremony 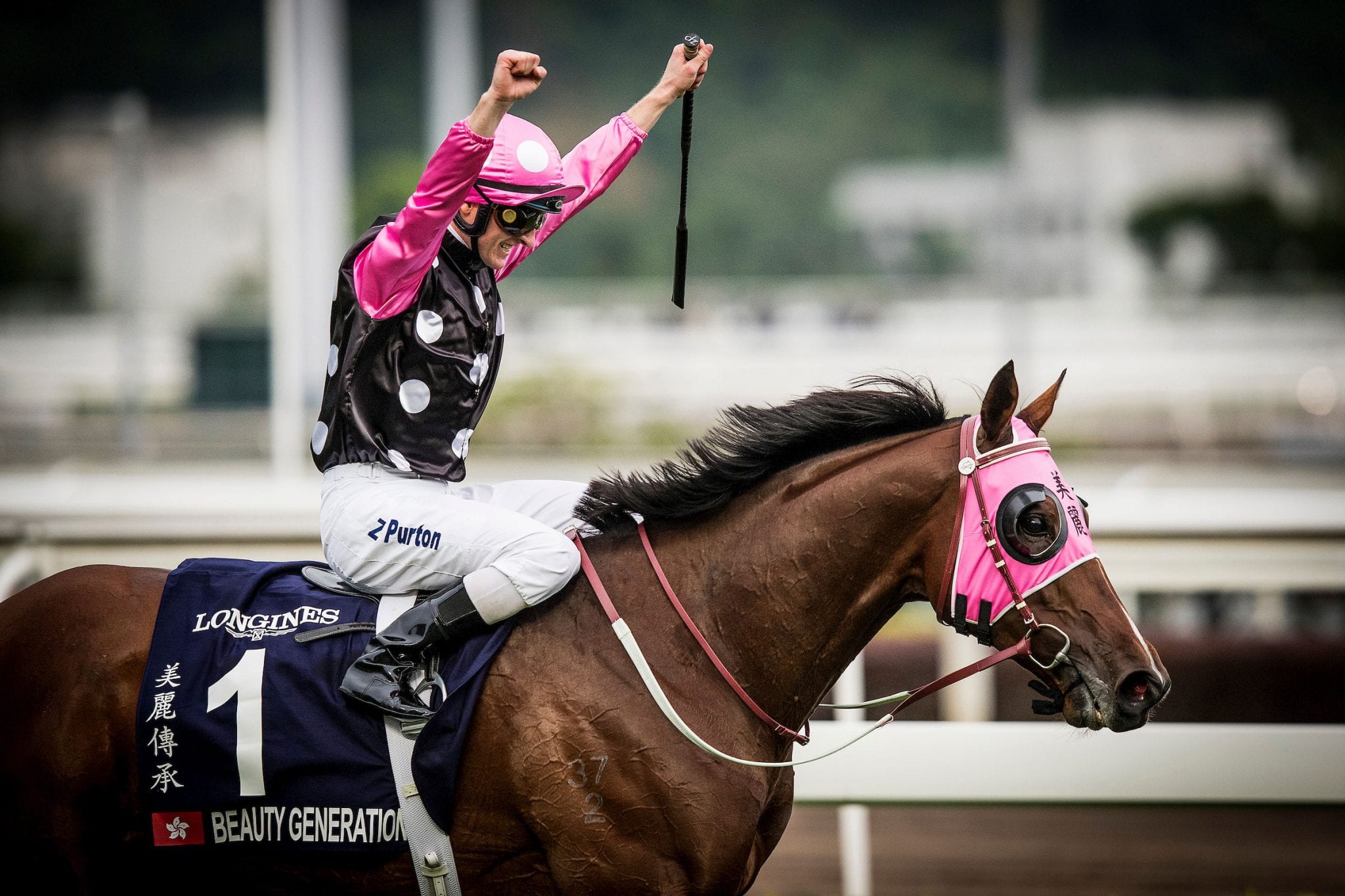 Beauty Generation, one of the greatest champions in the history of Hong Kong racing, will be farewelled in a special ceremony on Sunday, 24 January.

Twice Hong Kong’s Horse of the Year, Beauty Generation will return to Sha Tin Racecourse – the scene of all of his extraordinary career highlights – for one final appearance before flying to Australia for a life of retirement at Living Legends in Melbourne.

The eight-year-old, who finished his racing career with a gallant fifth behind Golden Sixty in the Group 1 LONGINES Hong Kong Mile on 13 December, bows out with eight Group 1 triumphs, five Group 2 successes and three Group 3 wins.

Additionally, he holds two course records at Sha Tin over 1600m and 2200m, having also once posted the fastest 1400m time at the track. No horse in the history of Hong Kong racing has more wins in a single season than Beauty Generation who posted 8 wins through 2018/19.

Owner Patrick Kwok said: “Beauty Generation is the horse of a lifetime. He was a champion and we are indebted to the great bravery and determination which allowed him to scale the greatest heights.

“His many Group 1 wins, track records and horse of the year accolades serve as a worthy measure of his phenomenal qualities.

“We have been privileged and blessed by our association with a truly wonderful horse who has been cared for so brilliantly by John Moore, David Hayes, Zac Purton, Derek Leung as well as the stable staff. We are also honoured to own such a great horse that contributed in cementing Hong Kong racing on the world stage.

“We would also like to thank all the fans who support Beauty Generation from Hong Kong and overseas.”

“We farewell Beauty Generation with immense gratitude and a pledge to visit him eventually in his new home at Living Legends in Melbourne.”

John Moore – who is also soon bound for Australia – said: “Any horse who can go from 1400m to 2200m and break a track record must have a lot of ability because champions like him can do it over short and long,” Moore said.

“His toughness, his fighting spirit but he was a very sound horse – I don’t even remember times when I had to go in with the vet, he was such a sound champion and that was one of his biggest assets – it held him in good stead throughout his career.

Beauty Generation achieved the equal-highest international rating for a Hong Kong horse, joint at 127 along with Able Friend on the LONGINES World’s Best Racehorse Rankings. He was allotted that mark in both 2018 and 2019 and was honoured as the world’s leading specialist turf miler in both years.

Zac Purton, who will be on hand to say goodbye to Beauty Generation, remains in awe of the great champion’s performance against an all-star cast of international Group 1 winners from Japan, Great Britain, Australia and Hong Kong in the 2018 Group 1 LONGINES Hong Kong Mile.

“He’s the special one really, every jockey hopes that a horse like him comes along in their career and luckily for me he has and I’ve enjoyed the ride – he was a wonderful horse,” Purton said.

“There’s many highlights but if I had to pick one, I’d say it was his 2018 Hong Kong Mile win, he drew a wide gate, they made him work into the first corner and it was a very strong field – Vivlos, as well as a number of other runners were in the race and he won by three lengths eased down.”

The ceremony will be broadcast during Sha Tin’s prestige meeting on Sunday, 24 January which features the Group 1 Stewards’ Cup (1600m) – a race Beauty Generation won in 2019 – as well as the Group 1 Centenary Sprint Cup (1200m) and Hong Kong Classic Mile.