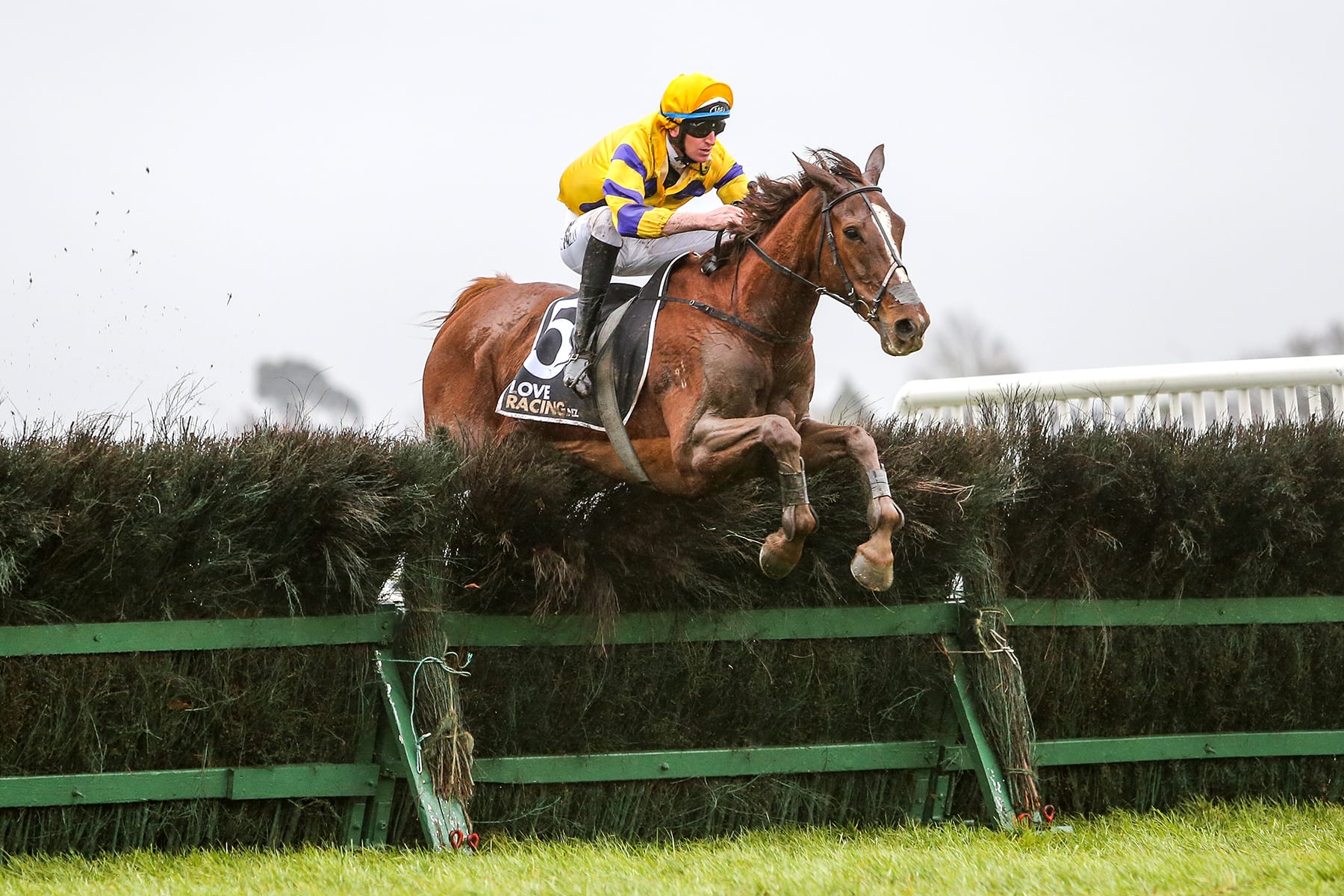 Waverley visitor It’s A Wonder never gave his rivals a look in as he produced a dashing front-running performance to take out the 145th edition of the Racecourse Hotel & Motor Lodge Grand National Steeplechase (5600m) at Riccarton on Saturday.

The Harvey Wilson-trained nine-year-old had loomed as a serious contender for today’s contest after an effortless win in last Saturday’s traditional lead-up, the Koral Steeplechase (4250m). That victory secured the Istidaad gelding favouritism for the National however there were many, including his trainer, who held a niggling doubt about his ability to last a tough slog in testing conditions over the 5600m journey.

Those doubts were smashed to pieces as rider Shaun Phelan called the tune throughout on his mount who had his eight rivals under heavy pressure as he upped the tempo with 1600m to run. Despite getting tired in the final stages, It’s A Wonder never looked like being run down as he cruised over the line more than twenty lengths to the good of Gagarin, who chased bravely ahead of Mr Enthusiastic and Des De Jeu.

A jubilant Phelan admitted he was feeling lonely at times with such a large break on the field and resorted to singing his favourite tune to keep his concentration up. “I just thought I’d let him do what he does best which is to roll along,” Phelan said. “She was lonely out there in front and I think I sang my favourite song, Blurred Lines, about three or four times. “Coming to the last fence I was just praying it would come up right and it came up great. “Harvey (Wilson) is one of the best jumps trainers but he’s never really had a good go at one of these big races. He’s found the right horse to do it today. “He’s such a great conditioner of a horse, that’s why I rode him how I did as I knew he would be the fittest horse in the race.”

Wilson, who was struggling to keep his emotions in check as he took in congratulations on the victory, admitted he was hoping for a postponement of the day’s racing due to the heavy rain that had seen the going downgraded to a very deep and testing Heavy11. “We were actually hoping they might put the races off as we weren’t confident at all with this rain,” he said. “Shaun was fantastic, he (It’s A Wonder) jumped fantastic, what a thrill. “This is as good it gets.”

It’s A Wonder took his career record to eight wins from 49 starts for the Wilson family who narrowly missed a notable double after Bad Boy Brown was narrowly beaten in Wednesday’s Grand National Hurdles (4200m).