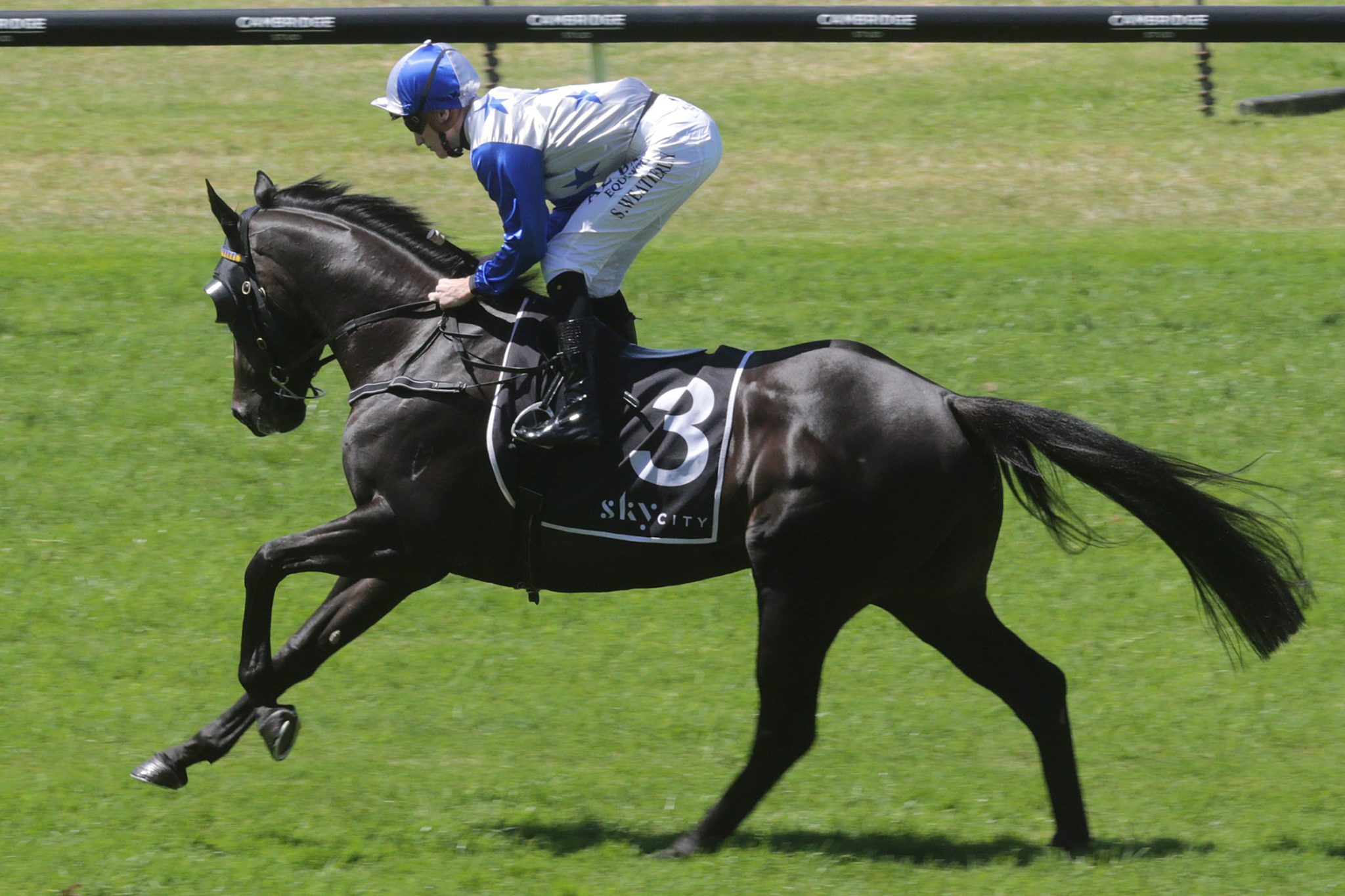 O’Sullivan prepares the Group 1 Queensland Derby (2400m) aspirant with training partner Andrew Scott and was delighted to see the son of Proisir bounce back to his best in the hands of jockey Sam Weatherley as he went down fighting in the Group Two feature by just under a length to the James Cummings-trained Character.

Having just his second start in his Queensland campaign after not being seen since his win in the Group 2 Auckland Guineas (1600m) at Ellerslie on New Year’s Day, Dark Destroyer made up many lengths along the inner in the run home to show he will lap up a rise in distance for his next start.

O’Sullivan had been keen to see his charge improve off his Brisbane debut where he finished seventh over 1400m but had to watch the race from the confines of his couch at home following a nasty accident he suffered on Tuesday when pruning trees on his Matamata property.

“I was out on the farm pruning some trees on Tuesday when I put my hand in a wasp nest,” O’Sullivan said.

“I wasn’t paying too much attention and when I did it, I actually thought I had just caught it on a blackberry bush.

“When I looked down, I saw the wasps and when I pulled my hand out my whole arm was covered in stings.

“I went to the doctor and by the time I got there my whole hand had swollen up and by the next day the swelling was right up to my elbow. I’m not allergic or anything like that, but it didn’t leave me feeling too well so I’ve been taking it quietly at home since then.

“To have Dark Destroyer perform like he did certainly brightened up the day a fair bit.

“To be fair to him, he hadn’t raced in quite some time so I knew he would take benefit from that first run, which was a lot better than it may have looked on paper.

“He had really come on since then so we were expecting him to go well and he definitely justified those thoughts with his run.”

O’Sullivan will now consult with owner David Archer about the gelding’s next target but is keen to see him take a traditional path to the Queensland Derby through the Group 3 Rough Habit Plate (2000m) at Doomben in a fortnight.

“I haven’t spoken with David just yet, but I’m hoping to catch up with him during the week,” he said.

“We will have a discussion about our options and David will make the decision, but I believe the Rough Habit Plate is the best option if we are to move on to the Derby after that.

“I think the best thing about his run on Saturday was the fact that he pushed the winner so close and there was a decent margin back to the rest of them.

“The little bit of give in the ground they had also suited and he has gone over there as a fresh horse and on the way up, while for a few of his rivals the campaign comes after a pretty tough season already.

“Sam is very confident he will get the Derby trip and he has enough in his breeding to suggest he can do it, so we will be keen to get him to the Derby if we can.”