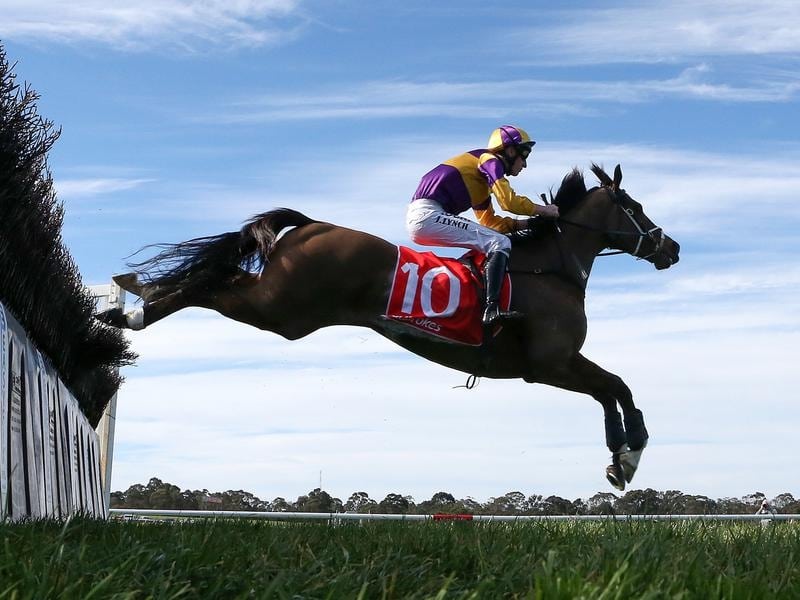 Excellent Rhythm has given a dashing display of jumping to give trainer Rachael Cunningham the biggest win of her career.

Holding a lead of approximately 25 lengths with 1200m to run, Excellent Rhythm ($18) clung to his lead to defeat Sea King ($3.70) by a half-length with the $2.60 favourite Monarch Chimes, four lengths away third.

After a disastrous day of jumping at Bendigo on July 22, the Crisp Steeplechase field was given resounding applause as the winner crossed the line.

Cunningham wiped away tears as she explained what Excellent Rhythm meant to her small stable.

“He’s just been the best horse for us,” Cunningham said.

“We purchased him a few years ago to jump, that was the plan, and it’s taken three years to get him here.

“We’ve always had a lot of belief in his stamina to beat good horses like this.

“We know how long he can sustain that for but he needs to get out and rolling.

Cunningham said Jarrod Lynch, who also claimed his biggest victory, had been instrumental in Excellent Rhythm’s success, saying the jockey followed instructions to the letter.

A start in the Grand National Steeplechase at Ballarat on August 19 is now a consideration.

“We hadn’t thought that far ahead,” Cunningham said.

“We were just hoping he ran well today so we’ll see how he pulls up, but he owes us nothing.

“I’m a big believer in jumps racing and I believe in its place in the racing industry and the horses are prepared so well.

“We don’t come into this half-hearted.