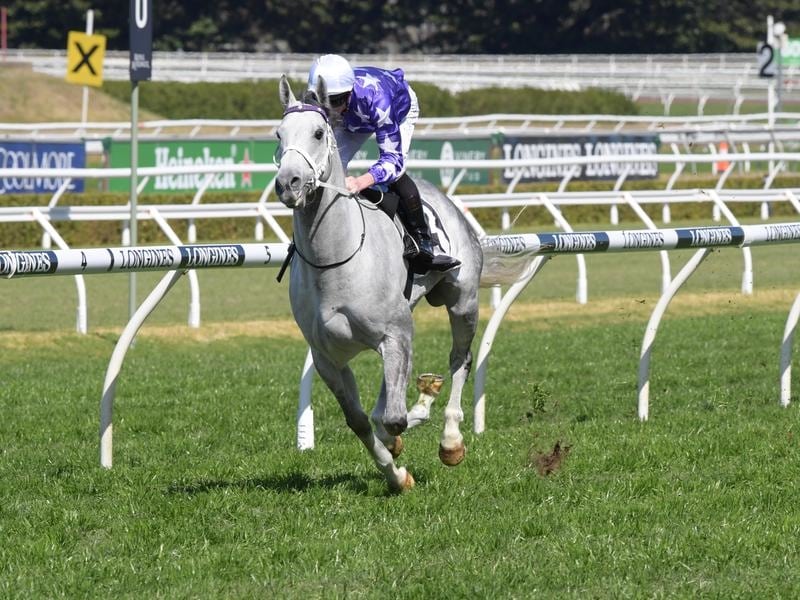 D’Argento and Fiesta carry the hopes of their many owners into Group One races at Randwick and while victory by either will be cause for celebration, for Star Thoroughbreds’ Denise Martin there will also be sadness.

Martin syndicated both D’Argento, favourite for Saturday’s Epsom Handicap, and Fiesta who runs in the Flight Stakes who were both bought as yearlings in consultation with respected bloodstock advisor Steve Brem who has died in Sydney after a long illness.

Both are trained by Chris Waller with D’Argento the favourite for the Epsom (1600m) and Fiesta third in the market order for the Flight over the same distance.

Martin does not buy at the top end of the market so is always looking for value with D’Argento a $135,000 yearling at the Magic Millions and Fiesta costing $150,000 at the Inglis Classic sale.

She has shared Brem’s notes on the pair.

“Fiesta: The ‘queen of the sale’ for mine. Gorgeous, scopey filly with a powerful hind end, quality head and eye. Appears to have a delightful temperament, handled a stressful week in the heatwave conditions with ease. I can’t fault her. Exceptional buy at great value.”

He did indeed, winning the Rosehill Guineas earlier this year.

He goes to the Epsom at the third start of his preparation after a third behind stablemate Winx in the Group One Winx Stakes and second to Home Of The Brave in the Group Two Theo Marks Stakes.

“He won at his first start in a race at Newcastle and came from an impossible position so I think we knew then he would be good,” Martin said.

“His Rosehill Guineas win was special and Chris has targeted the Epsom with him.

“If he can win over 1600 metres it is significant for his stallion value.

“He has earned his position in the market.”

Fiesta is a Group Three winner of the Widden Stakes as a two-year-old and began the new season with victory in the Group Two Silver Shadow Stakes.

She has since run second in the Furious Stakes to Pure Elation and second in the next leg of the Princess Series, the Tea Rose Stakes won by Miss Fabulass who Martin admitted would be a stumbling block again.

“The Tea Rose winner will be very hard again to beat,” she said.

“But she has done well since her last start so we are hoping.”