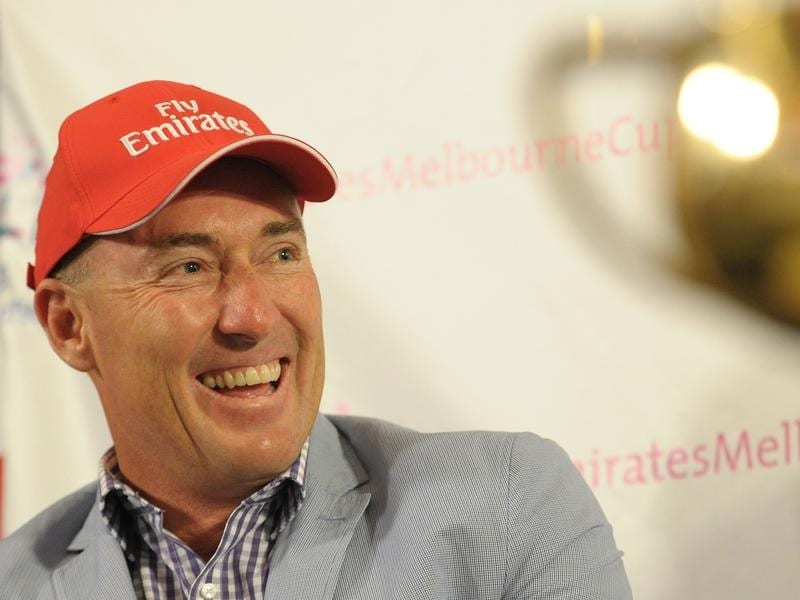 Australian Bloodstock’s latest European acquisition, Danceteria, has enhanced his Cox Plate credentials with victory in the Group One Grosser Dallmayr-Preis in Munich.

Danceteria is now the third favourite for the Cox Plate in October after winning the 1800m-race on a wet track for trainer David Menuisier and jockey Jamie Spencer.

The four-year-old has won two races in France this year and after his fourth to Enable in the Eclipse Stakes, Australian Bloodstock completely bought out previous owner Clive Washbourn with the Cox Plate in mind.

“He did it really well as I was slightly worried because of the ground after we got a downpour – the third one of the weekend – an hour before the race,” Menuisier told the Racing Post.

“Jamie settled him in sixth as it looked like they went fast early in the ground and he moved up on the bridle around the bend and the first half of the straight.

“When he came off the bridle he took a few strides to quicken but then it was all over.

“He is a very good horse and the long-term plan back in May was to target the Cox Plate with two or three Group Ones for him in Australia, including the Mackinnon.

“I didn’t enter him in the Juddmonte International as he will need a break and I don’t know if he will have one more run here before going to Australia.

“There is the Irish Champion Stakes before he has to go into quarantine but he might go to Australia and have a run there before the Cox Plate but it is a nice problem to have to discuss with the owners.”

Run by Jamie Lovett and Luke Murrell, Australian Bloodstock enjoyed its biggest success so far with another imported German horse, Protectionist, winner of the 2014 Melbourne Cup.