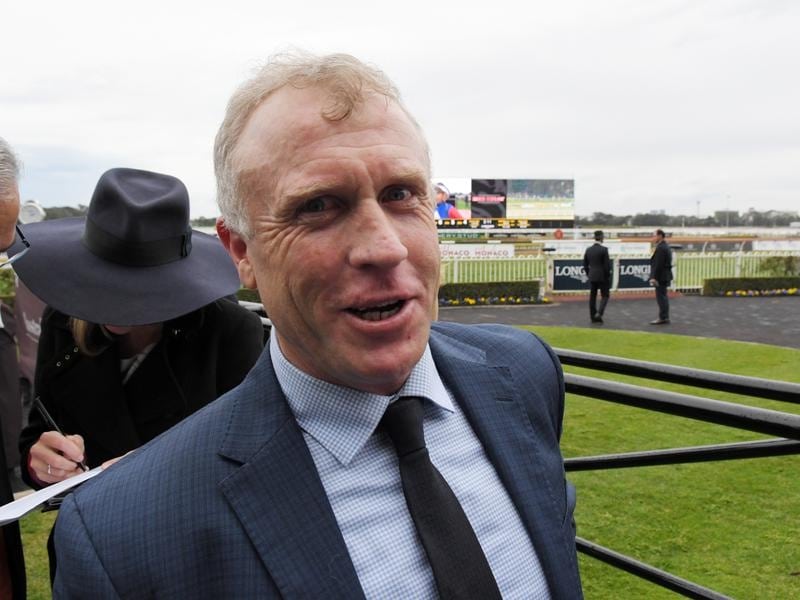 Having waited four starts for the talented Danawi to break his maiden, trainer Tim Martin had his celebrations delayed twice, firstly by a lengthy decision on the photo-finish before a protest hearing.

Sent out the $5 equal favourite, Danawi looked to have a winning break for James Innes jr before the Anthony Cummings-trained Mizzy ($51) came at him late with a nose margin eventually declared.

Andrew Adkins, who thought he had won the race on Mizzy, lodged a protest, saying he had been taken out from the 400m as Danawi moved out to better ground.

The protest was dismissed to the relief of Martin who trained his sire Exceed And Excel to two Group One sprint wins.

“He’s a promising horse and he can go on with it, I hope, from here,” he said.

“I was confident until the last couple of strides.

“We’ll look at running him in the Stan Fox and then the Golden Rose and the Caulfield Guineas, races like that.”

Innes jr admitted he may have celebrated the win prematurely.

“I was confident I got it, but looking at the replay I may have gone off too early,” he said.

“The horse is still learning his trade and gee I was happy to see my number pop up.”

Cummings said he was uncertain of the next step for Mizzy.

“The plan was to win today then go to the Golden Rose and the Flight Stakes,” he said.

Mizzy now has a similar record to Danawi’s before his win with the filly racking up her fourth second from five starts.