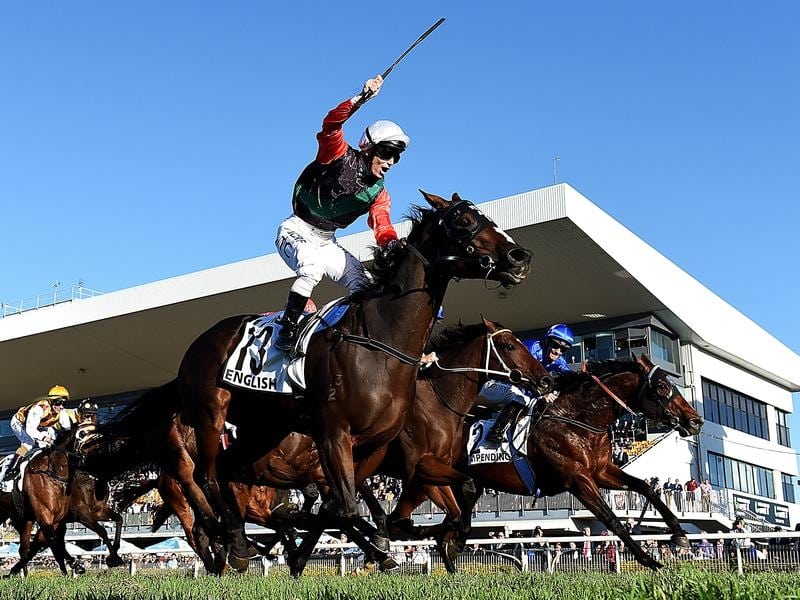 Defending titleholder Redzel is back in work to prepare for the $13 million Everest with half the slots now decided following Damion Flower’s announcement he had selected English.

Flower said he had come to an agreement with the mare’s owners, Newhaven Park, for the Gai Waterhouse and Adrian Bott-trained mare to run for him in the 1200m-race at Randwick on October 13.

English ran sixth in the race last year and has since won the Doomben 10,000.

Flower said he had been looking at the sprint races at Royal Ascot before deciding on a horse to take his slot but Lady Aurelia was disappointing in the King’s Stand and Harry Angel, another under consideration, was caught up in the barrier and lost all chance in the Diamnd Jubilee.

“She just really appealed to me. I knew there were already five horses taken and you have a fair idea what the other slot holders might be looking at.

Redzel, who finished fourth in his defence of the 10,000 last month, will run for Yulong Investments in the Everest.

His owners Triple Crown said he was back in work at Randwick with Peter and Paul Snowden who were more than happy with his condition.

The other four horses confirmed for The Everest are Trapeze Artist (Aquis Farm), Brave Smash (Chris Waller) In Her Time (TAB) and Shoals (Star Entertainment).