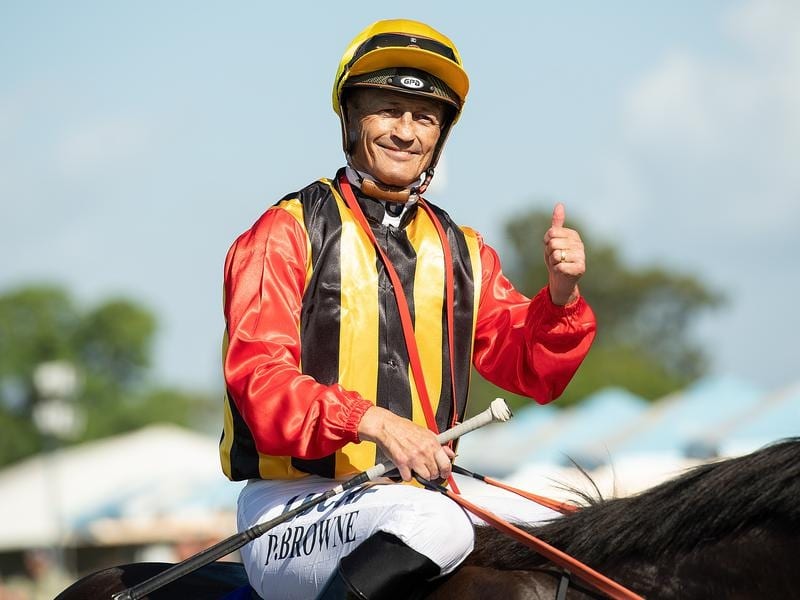 An inquiry into jockey Damian Browne’s ride on Cruze at Eagle Farm will be deferred until after he recovers from stomach surgery.

Stewards opened an inquiry after Browne finished fifth on Cruze last month but adjourned it to make further investigations.

Browne was not charged with any offence and the inquiry was expected to resume this week.

But the multiple Group One-winning jockey is in hospital after an operation on Friday on a perforated bowel.

Browne is expected to be in hospital for several more days out of the saddle for six weeks.

He was to ride Magic Millions Guineas winner Boomsara but was replaced by Tim Clark after he was taken ill.

Chief steward Peter Chadwick said nothing could be done until Browne had recovered.

“We won’t have to wait until he is back riding but rather when he is able to physically attend. At this stage we just want him to recover,” Chadwick said.

Browne has also appealed a suspension from a ride on Fighting Teo at the Sunshine Coast in June.

His appeal to the Queensland Civil and Administrative Tribunal is set to be heard on March 8.