Dale On The Hunt For More Melbourne Riches 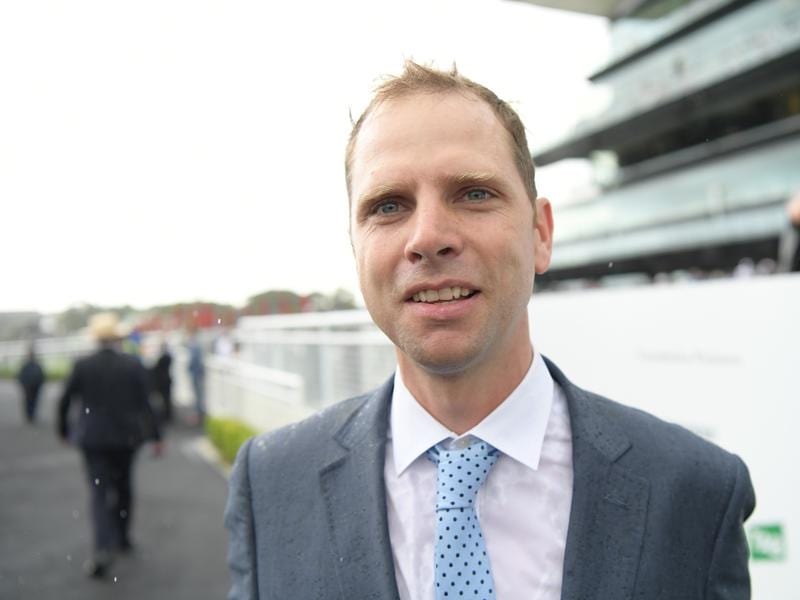 Canberra trainer Matt Dale has a happy knack of picking off target races in Melbourne when he crosses the border.

On Saturday at Caulfield he saddles two runners, Darks Eyes in one of the day’s features, the Group Three Victoria Handicap (1400m) and last-start Flemington winner Prometheus in the Bert Bryant Handicap (1600m).

Formerly trained by Gai Waterhouse and Adrian Bott, Dark Eyes runs for the fourth time for Dale and has undergone a change from his Moruya stable to Canberra since finishing last at Randwick on March 2.

“He wasn’t going well in his first few runs for us, so we changed his routine and his stable,” Dale said.

“He’s an older gelding that hasn’t been wanting to apply himself but we’ve seen signs at home that he’s more forward and focused.

“I’m not thinking he can win by any means down there as his best form is over more distance, but what I want to see from him is a more competitive performance and that will give us somewhere to go and roll with.”

Prometheus broke through for his first victory for Dale when successful at Flemington on March 16, his most recent outing.

Dale says he is still learning about the former Peter and Paul Snowden-trained gelding who is having his fourth start for the stable on Saturday.

“With the carnival on in Sydney I was keen to get him back down to Melbourne,” Dale said.

With Prometheus still eligible for benchmark company, Dale said finding a suitable race had been difficult.

“He’s got a funny profile of running well without winning so we’re hoping he can capitalise on the confidence-boosting win at Flemington,” Dale said.

“Five weeks between runs isn’t my usual ideal set-up, but with what races were around and with this horse seeming to like firm tracks and in benchmark class at this stage, this is the race we’ve picked out.

“Caulfield can be a tricky track but off a confidence- building win last time it can only be good for him.”