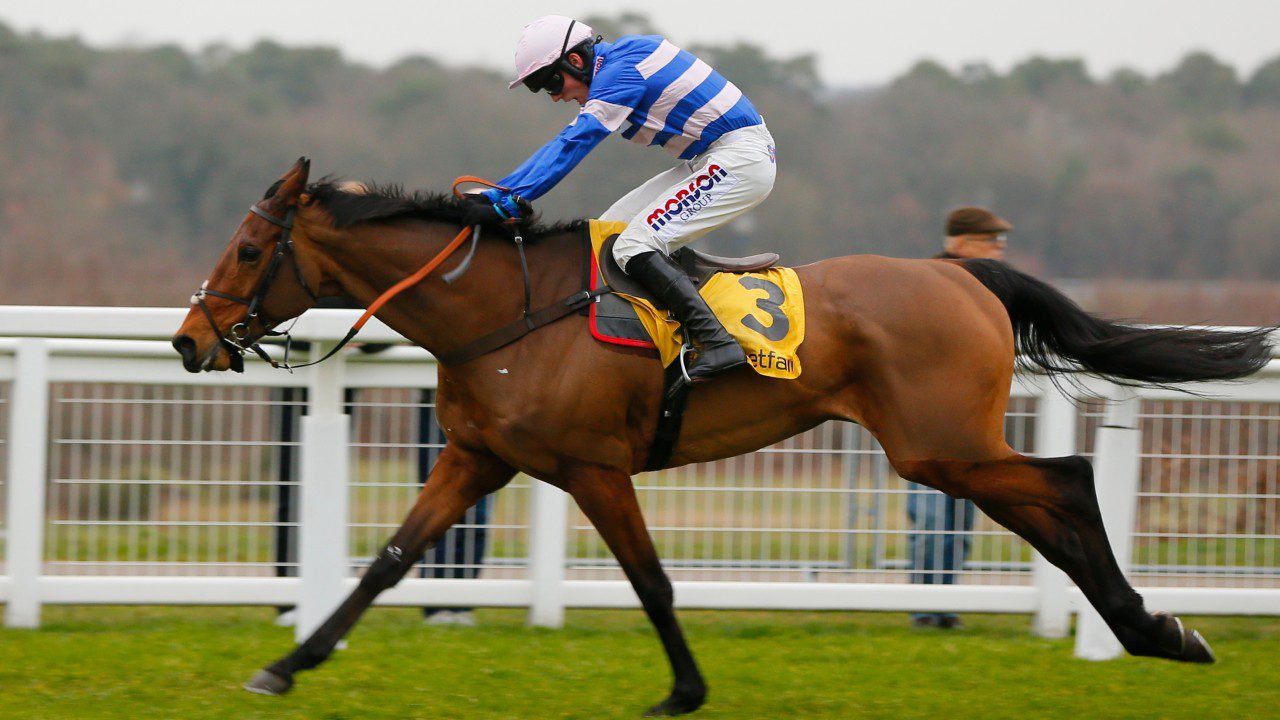 Cue Card won the Charlie Hall Chase and King George VI Chase at Kempton Park in 2015 and Cyrname is now +400 with BetOnline to be the next horse to complete the double by winning the mid-season championship. However, Envoi Allen could be a fly in that ointment.

Cyrname was an impressive winner of the Wetherby Grade 2 chase on Saturday (31 October) and is now the second favourite for the King George, behind Clan Des Obeaux. The Storyteller obliged in the Down Royal Champion Chase, also on Saturday, and can now be backed at +2800 with BetOnline to win the Boxing Day feature. Chris’s Dream looked all over the winner but was overhauled near the line and is +2500 for the King George.

The novice Envoi Allen could be a surprise runner and has the potential to be the best chaser trained in the UK and Ireland. The six-year-old jumped impeccably when recording an easy fencing debut success at the same Irish track on Friday (30 October).

The King George is the second most important steeplechase of the season, after the Cheltenham Gold Cup. In 2015, it was the second leg of a three race series that offered a £1 million bonus for winning each race. Cue Card won the King George and the Betfair Chase at Haydock but fell in the Gold Cup.

Fifteen horses have won the King George more than once, including Clan Des Obeaux who won the race in 2018 and 2019. Cyrname was second last year, beaten 21 lengths by the winner.

Kempton is a flat, right-handed track. Before winning the Charlie Hall Chase, Cyrname had won six races over fences and hurdles going right-handed. Three runs going the other way produced a second place and two unplaced efforts so winning around Wetherby’s left-handed circuit was significant.

Cheltenham is a left-handed track and Cyrname has never raced at the festival or at any other meeting at the home of the jumps. Connections may consider a festival entry now that Cyrname has put the theory of not racing well left-handed to bed.

Trainer Paul Nicholls observed before the Charlie Hall Chase about Wetherby: “It is left-handed, but I don’t think that will be a problem now”. He was vindicated by a comfortable win and the Gold Cup could now be on the agenda but the King George is the next objective.

Cyrname has to reverse 2019 King George form with Clan De Obeaux, also trained by Nicholls. Cyrname has an Official Rating of 176 while Clan Des Obeaux’s current mark is 171 so that is feasible. The Storyteller and Chris’s Dream are outsiders for the race after the Down Royal Grade 1.

The Storyteller beat Chris’s Dream by a neck but only got in front towards the finish, off level weights. The King George is also a level-weights contest so the Irish-trained potential runners are closely matched. Sadly, there could be travel restrictions and there are alternatives at Leopardstown at the end of the year.

Envoi Allen might not be able run at Kempton for the same reason. He is a novice chaser but his first run over fences in Ireland was impressive. It’s a big step up to contest a championship race out of novice company but Envoi Allen is an exciting prospect over fences.

Fluent jumping and ability may prompt connections to take on more experienced chasers in the King George, pending rules about making a journey to England from Ireland at Christmas time this year. Envoi Allen is good enough to run.

Cyrname has the form to emulate Cue Card by adding the King George to the Charlie Hall Chase on his list of wins. Irish horses may bypass the race but if Envoi Allen can travel and connections are brave, Cyrname will be up against it with the younger horse in the field.