Currie Back On Sunlight In Quezette Stakes 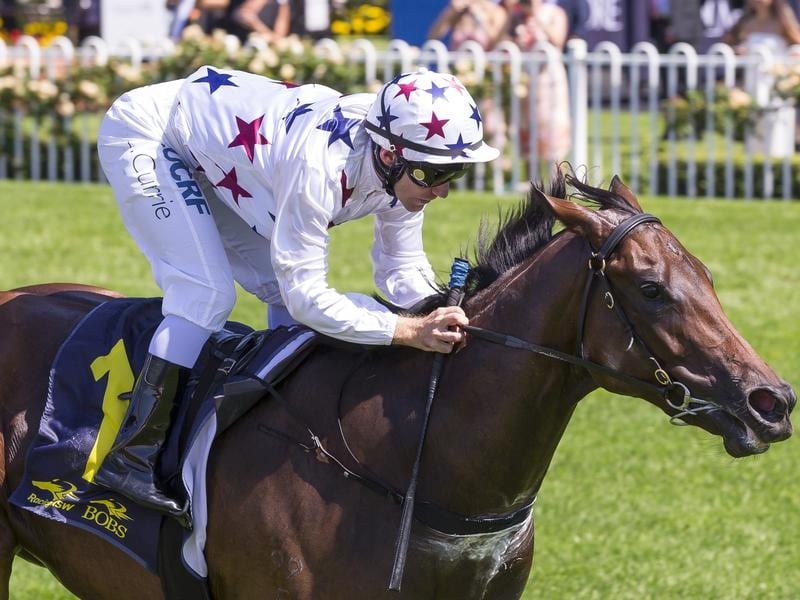 Luke Currie has been buoyed by Sunlight’s trackwork since her return to Melbourne as the jockey prepares to reunite with the star filly on race day in the Quezette Stakes at Caulfield.

Currie rode Sunlight in five of the filly’s first six starts last season for four wins including the Magic Millions Classic at the Gold Coast and a third in the Golden Slipper.

Jamie Kah took the ride when Sunlight resumed from a spell carrying a light weight in the Listed Lightning Stakes (1050m) late last month in Adelaide.

Sunlight has since travelled to trainer Tony McEvoy’s Flemington base with Currie getting back aboard the filly in track work in the past week in preparation for Saturday’s Quezette (1100m).

The jockey believes the filly has lengthened and strengthened since he rode her last preparation but also believes she will improve on whatever she does on Saturday.

“I’ve galloped her twice this week and she looks really well,” Currie said.

“She’s been in Adelaide so I hadn’t ridden her this preparation until Saturday morning. I was surprised by the feel she gave me. I thought she was really good but she’s still on the fresh side, so she still will improve.

“She’s not wound right up yet.”

Sunlight has not raced in Melbourne since finishing unplaced as favourite on the straight course at Flemington in her debut last October.

She was the $3.90 favourite on Friday to win the Quezette against her own age and sex and Currie believes her class will take her a long way.

“She’s drawn really well (3) to hold her spot behind the speed,” he said.

“That’s a big tick for her, she won’t have to do much work. We’ll definitely see where she’s going after Saturday because it’s a very good race.”

Currie said it was always going to be a tough task to beat Nature Strip but admitted he thought Sunlight would have finished a bit closer.

“She was first-up off a spell and he was a rock-hard fit older horse so I probably try not to look too much into that,” he said.

“And just the way she felt this week, I suppose it took my worries away a little bit from her first-up run.”