Cup Horse Injury Could Not Be Foreseen: Rv 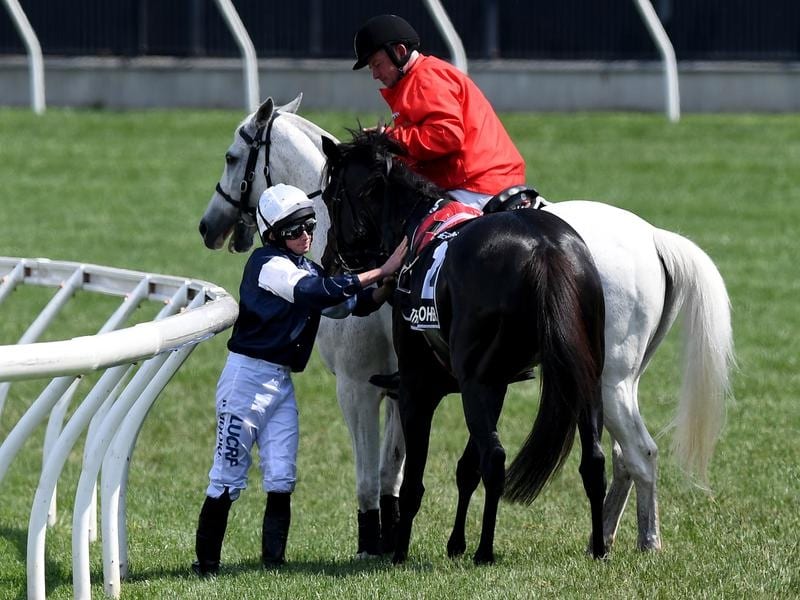 An investigation into the injury and subsequent euthanasia of The Cliffsofmoher during the Melbourne Cup has found it was a freak accident which could not have been predicted or prevented.

The Aidan O’Brien-trained Irish horse broke down passing the winning post at Flemington on the first circuit, sustaining a fracture to his right shoulder.

A post-mortem has confirmed the diagnosis, saying there was no evidence of a pre-existing condition and that the type and location of the fracture meant it could not be surgically repaired.

Racing Victoria released the findings of the investigation on Friday adding there were no prohibited substances detected in samples taken from the horse nor was there any evidence the track, rated a soft 6 after rain on the day, played any part in the incident.

1: The Cliffsofmoher sustained a fracture to the right shoulder and that, on all the available information, no party could have predicted the injury was going to occur prior to the race; and

2: The RV veterinary team made the correct decision, and the kindest one for the horse, in electing to euthanise The Cliffsofmoher in a timely manner on the day.

Ryan Moore jumped off The Cliffsofmoher and kept him still until help arrived with on-course vets making the decision to euthanise him on the track as the most humane course of action.

RV integrity services boss Jamie Stier said his team was satisfied the right course of action was taken but added they would undertake a review of the increased number of injuries suffered by international visitors to the spring carnival.

“With the physiology of horses being as it is, when any horse sustains an injury of the nature of that sustained by The Cliffsofmoher humane euthanasia of the horse is not only the kindest outcome but also the appropriate action to take as it is not possible for such an injury to mend in horses,” Stier said.

“In the end, this was an injury that occurs rarely in the racing horse with the rate of fatal incidents in Victorian racing 0.05 per cent of all starters.

“Visiting international horses are already subjected to enhanced veterinary scrutiny in their home country before travelling to Australia, and also throughout their time at the Werribee International Horse Centre.

“That said, the increased incidence of racing and training injuries among the international horses during the spring requires further examination and we have commissioned a review to determine whether there are any identifiable risks that we can address in the future.

“That review will consider the medical records, training records and racing history of the international horses that sustained an injury, the facilities at Werribee and independent expert advice. We expect it to be completed by the end of March 2019 for consideration by the RV Board.”

Other major points in the investigation:

* all runners in the Melbourne Cup were under full-time security surveillance for the 24 hours prior to the race and that nothing untoward was witnessed regarding the management and preparation of The Cliffsofmoher in that period.

* the horse’s behaviour on the day of the Melbourne Cup, in particular prior to the start when it was freely sweating, was consistent with the horse’s pattern of behaviour at previous race starts both in Europe and Australia and was not a one-off occurrence, this was communicated to RV and confirmed by the stable prior to arrival in Australia.