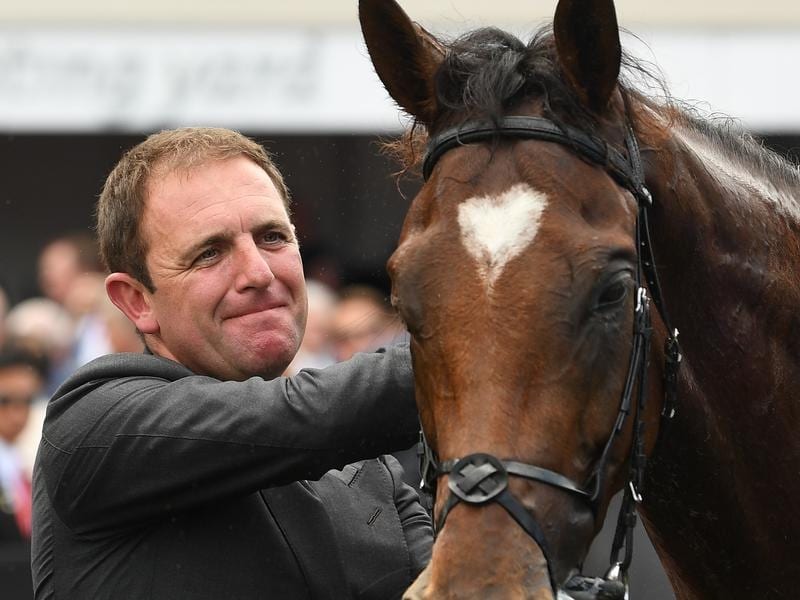 He is one of two Godolphin trainers working for Sheikh Mohammed at Newmarket in England, the other being Saeed bin Suroor.

Appleby was appointed a Godolphin trainer in July 2013 after 15 years working for Sheikh Mohammed in a range of roles including travelling stable head and assistant trainer.

Cross Counter’s win on Tuesday was Appleby’s 21st at Group One level and his 12th for 2018.

He has three in Australia, Polarisation in the 2017 Sydney Cup, Jungle Cat in the Sir Rupert Clarke Stakes in September and Tuesday’s Cup with Cross Counter.

“I have learned a lot about travelling horses after two years bringing them here,” Appleby said.

“Getting the horses here and getting them to race day, you are already winning.”