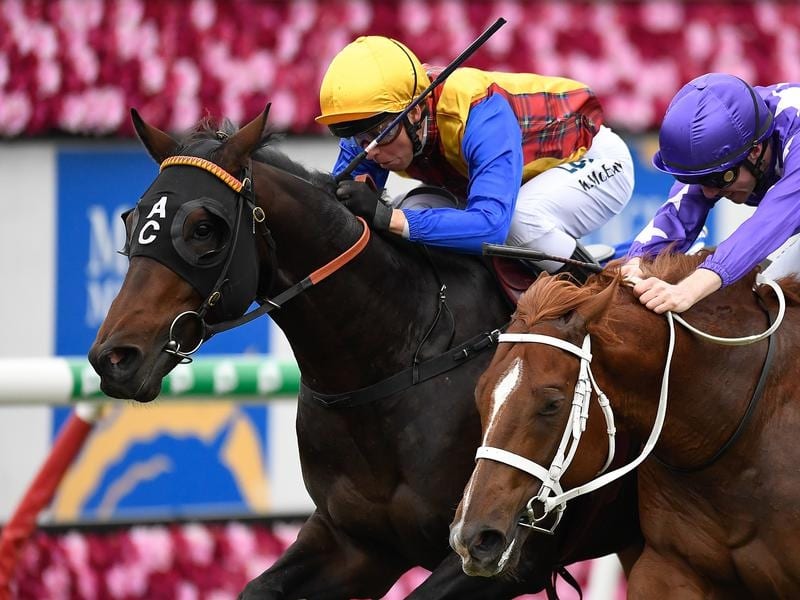 The Ranvet Stakes rematch between English star Addeybb and local pin-up mare Verry Elleegant will be one of the highlights on the Golden Slipper program but the race will also be a defining one for Prince Fawaz.

A Group One-winning two-year-old who placed at the top level at three, the entire missed the spring after suffering a setback and has struggled to recapture form.

He has failed to beat a rival home in his past two runs in the Apollo and Chipping Norton Stakes and trainer Anthony Cummings says Saturday’s 2000 metre assignment is a fork in the road.

“The thought process from the outset was that Ranvet Stakes day was the most likely day for him to turn up (and perform) and it has to be now,” Cummings said.

“He needs to stand up. If he didn’t then we need to start making decisions about his future.”

Cummings has taken heart from the resurgence of stablemate Mizzy, who was also unplaced at her first two runs on the comeback trail from injury before striking form with back-to-back Group One placings in the Canterbury Stakes and Coolmore Classic.

He is hoping a distance rise to 2000 metres provides the impetus for Prince Fawaz to return to his best.

“Hopefully with the step up to that trip and at this stage of his preparation, we might see another horse who was away from the races for a while and took a while to find fitness,” he said.

Just five horses will contest the Ranvet Stakes, which is being billed as a match race between Addeybb and Verry Elleegant, who fought out the finish last year.

Both relish wet conditions and markets have Addeybb a marginal -111.11 favourite to defend his title, ahead of Verry Elleegant at +115 with Master Of Wine the only other horse given a genuine chance at +800.