Cummings bullish about Anamoe in Sires’ 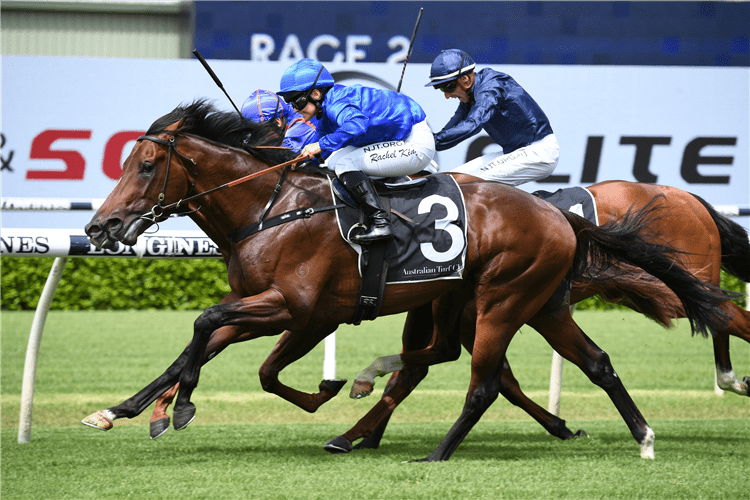 After a brace of placings in Australia’s most prestigious two-year-old races, Godolphin believes the stage is set for Anamoe to finally snare a juvenile feature.

The youngster flashed home for third in the Blue Diamond Stakes three starts ago and again closed strongly when runner-up to Stay Inside in the Golden Slipper.

Sandwiched in between was an impressive Todman Stakes victory and trainer James Cummings is confident the conditions are ripe for the youngster to win again.

Bookmakers agree, installing the colt as an odds-on favourite for the Group 1 Sires’ Produce Stakes (1400m) at Randwick on Saturday.

“Brilliance, speed and determination were stamped all over his Blue Diamond and Golden Slipper performances,” Cummings said.

“He is a very athletic colt and we have always felt he would get stronger with racing.

“The 1400 metres of the AJC Sires’ Produce appears tailor-made.”

The past two winners of the Sires’ Produce Stakes – King’s Legacy and Microphone – have come through the Golden Slipper and four of the 10 runners on Saturday boast that formline.

Along with Anamoe, Four Moves Ahead was the first filly across the line in fourth, Captivant was doing his best work late for fifth while Queen Of Wizardy finished unplaced.

Anamoe will bid to replicate the feat of Godolphin’s Microphone, who was second in the 2019 Slipper before winning the Sires’ Produce.