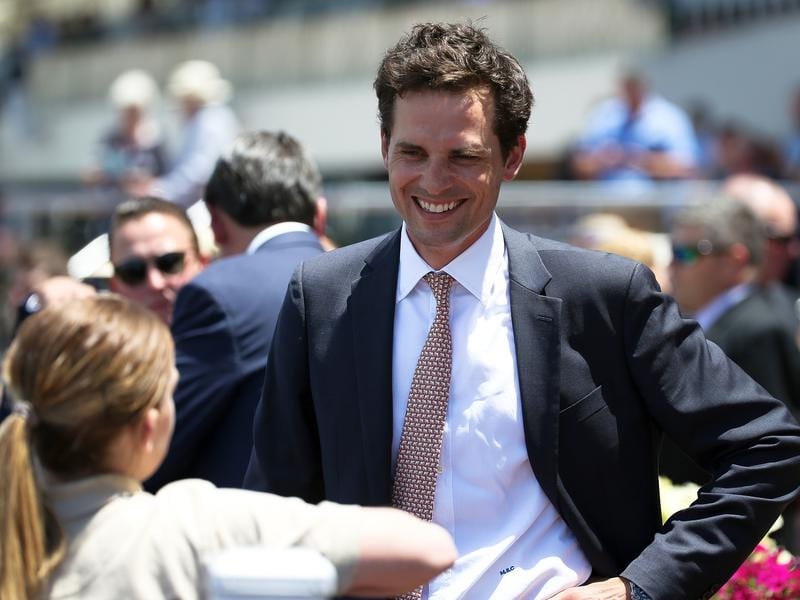 As most form students will attest, a favourable barrier draw is an important ingredient to success in racing.

Ballarat trainer Matt Cumani was hoping to advertise his stable with good performances at his hometown Cup meeting on Saturday.

He’ll saddle three runners, One More Try in the Ballarat Cup, Faith And Love in the Magic Millions Clockwise Classic and Ryan’s Fender in the Suez McKellar Mile.

Cumani described the draws as a disaster with One More Try and Faith And Love coming up with outside barriers while Ryan’s Fender has gate one.

“All three have drawn the complete opposite to what they need, but I think we’ll run anyway,” Cumani said.

“One More Try I think can go back and come late whereas we’ll just have to be creative with Faith And Love, come out a little bit slow, tuck right in, get down to the rail, if we can, and ride for luck.”

One More Try earned a Ballarat Cup start with victory at Flemington on Melbourne Cup day.

Unbeaten in three starts this campaign, Cumani contemplated a break but after a huge rise in the handicap ratings decided on one more try.

“She’s been fantastic to us being unbeaten this spring but this is quite a significant step up,” Cumani said.

“She went up to a rating of 90 from the mid-70s from her win at Flemington.

One More Try doesn’t carry a lot of condition and as a consequence the saddle can move about.

To combat that on Saturday she will carry a gel-pad to stop it shifting.

Cumani said he was unsure whether Faith And Love would be ready for Saturday’s debut, but after two sound trials decided she had earned her spot.

“Her second trial was encouraging and hopefully a horse with a home track advantage might get a leg up on them,” he said.

Ryan’s Fender returns on Saturday after a one run campaign last preparation where Cumani said he nearly fell in at Bendigo, but gave his off-fore pastern a knock which took time to come right.