Cumani Happy For One More Try At Local Cup 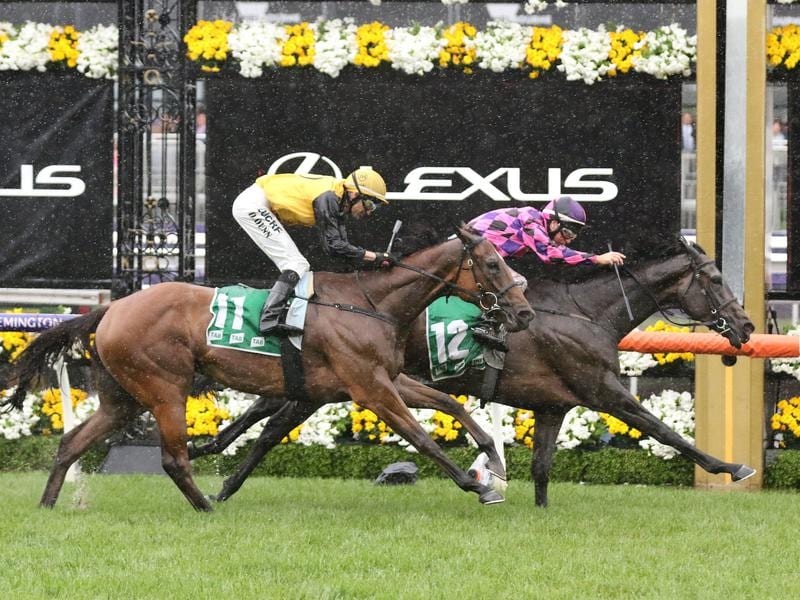 Matt Cumani will finally get the chance to run his mare One More Try in his home town Ballarat Cup after almost getting her to the race for the past two years.

Although One More Try hasn’t won in five starts this campaign, Cumani is certain she has never been in better form and will be to the fore in Saturday’s $500,000 event over 2000 metres.

Two years ago, Cumani opted not to run her in the Ballarat Cup after she drew the outside gate, and last year he had to abandon his plans when she had bone chips removed from her tibia in the lead up to the race.

“Last year I had high hopes but because of the bone chips we had to get them removed and give her a long spell,” Cumani said.

At her last start, One More Try was fourth in the Matriarch Stakes at Flemington, finishing in the wake of another Ballarat-trained horse in Affair To Remember, who will also line-up in the feature.

Cumani said One More Try had no luck in the Matriarch, which has been the story of her campaign.

“At her last start she would have gone close except for bad luck.”

Cumani said One More Try raced too aggressively in the early stages of the race.

“She’s jumping well but then is slow into stride and that’s not helping her,” he said.

One More Try will be suited by the predicted rain later in the week, with four of her five wins coming on wet ground.

Craig Williams will ride the mare in what Cumani assesses as the strongest Ballarat Cup field he has seen.

Among the entries are classy gallopers Kings Will Dream and Junipal, along with Saturday’s Sandown winner So Si Bon and his Lindsay Park stablemates Harlem and Power Scheme.

Cumani also considered running Creedence in the Ballarat Cup but has opted to wait for the Pakenham Cup on December 5.

The trainer’s only previous Ballarat Cup runner has been Grey Lion who finished third in 2017.

He said his VRC Derby runner-up Hit The Shot had recovered from his second in that race and was having a spell.

“They went too slowly. If they had have run along a bit I think it would have made a difference,” Cumani said.

“The good thing in Australia is that there’s more than one Derby and he’ll come back and we’ll try and win the Sydney Derby.”