Williams Reunites With Creedence In Cup 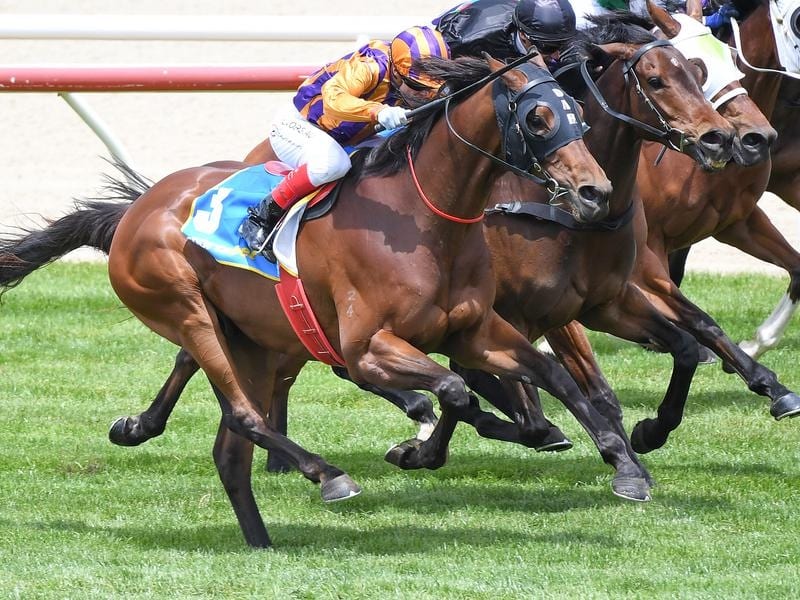 Matt Cumani will use his successful Pakenham Cup blueprint from last year as a guide when he attempts to win the event again, this time with tough stayer Creedence.

Last year Etah James, who was then trained by Cumani, caused an upset when she outstayed her rivals to win at $61.

On that occasion she went forward from the outset and sat second in the run, kicking clear with 400 metres to go to win comfortably.

Creedence was among Etah James’ rivals in the 2019 renewal when prepared by Lindsay Park and finished eighth but the horse has been rejuvenated since he joined Cumani at Ballarat in the middle of the year.

Creedence is one of the leading fancies for the 2500 metre event on Saturday for which six of the 10 runners are at single-figure odds.

Cumani will put blinkers back on Creedence in the hope they will help him settle closer in the run and like Etah James did 12 months ago, prove the superior stayer.

Cumani said there would also be a jockey change with Craig Williams replacing Michael Poy.

Poy has ridden Creedence in all seven starts since he joined Cumani’s team in June, the pair combining for three wins.

At his past three outings, Cumani has stepped Creedence up in class and he has finished sixth in the The Bart Cummings and Geelong Cup and fourth in the Queen Elizabeth Stakes at Flemington.

Cumani said he was proud of the stayer’s efforts in those races but as he suspected, the horse was a length or two below the standard required to win at that level.

“He’s probably just below the top class and that’s why I diverted from the Lexus to the Queen Elizabeth,” Cumani said.

“He’s a nice, tough stayer who should be suited in a race like the Pakenham Cup which will be slightly easier.”

Although Creedence is a long way into his campaign, Cumani says he is looking the best he has all preparation.