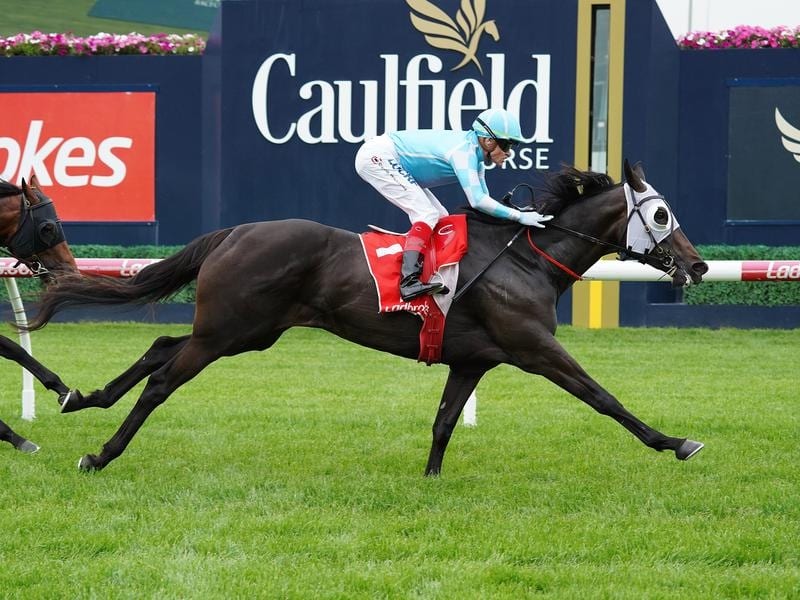 Trainer Brent Stanley will take advantage of the summer off-season in a bid to build the profile of his Caulfield winner Cryptic Jewel.

Stanley has always felt the mare, who was having only her fifth start in Wednesday’s Ladbrokes Plate, was above average but had been thwarted by immaturity, both mentally and physically.

The mare finally lived up to her promise under Craig Williams in racing to a 1-1/4 length win.

While believing Cryptic Jewel to be better than Saturday city grade, Stanley won’t be rushed in aiming too high, too soon.

“I wanted to get this maiden out of the way then we’ll go through the grades,” he said.

“This time of year it gives mares of her ability the chance to string a few together and build a profile for later on.

“I had thought about the Tasmanian carnival, but I think she’s a bit better than that.”

Cryptic Jewel was well supported to start the $3.20 favourite and while Stanley was expecting the victory he didn’t want to be overly cocky.

“She was still growing into herself last campaign, a typical Savabeel mare, and she just took time to come right,” Stanley said.

“But she did some good things in her first preparation for where she was mentally and she’s come back this time and has been impressive everytime she’s been asked to do something.

“There’s plenty of upside to her and hopefully there’s a few more wins for her during the summer.”

Stanley completed a double when Critical Thinking took out the Ladbrokes Multiverse Handicap.

Critical Thinking was headed by runner-up Trogir in the straight but rallied again to score a three-quarter length win.

Stanley couldn’t remember his previous city double before sharing in the spoils of victory with his brother Nathan and son Jett.

“I may have had one or two (doubles) over my career but I never complain when they turn up,” he said.