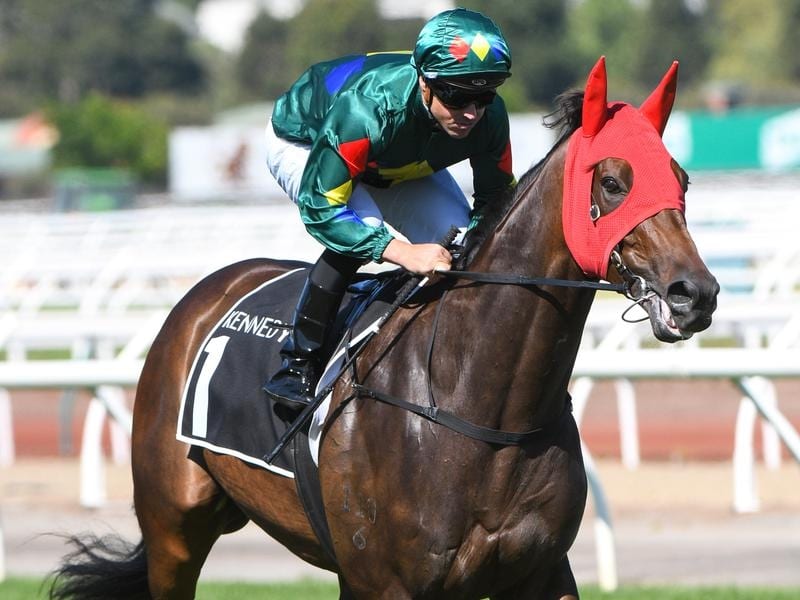 The Silver Eagle at Randwick is shaping as a pivotal race in determining spring carnival plans for Alligator Blood.

While Queensland racing fans have pinned their hopes on Alligator Blood making a clean sweep of his interstate targets, trainer David Vandyke is not buying into the hype.

Alligator Blood competed in a jump out between races at the Sunshine Coast on September 27 but his effort received only a lukewarm review from his trainer.

“Look, it was fair,” Vandyke said.

“He seems to have come back OK. Whether he’s come back as good or better remains to be seen and I think next week will tell us a lot.”

Alligator Blood will travel by float to Sydney on Wednesday before lining up in Saturday’s Silver Eagle (1300m) at Randwick in which he will carry 58.5kg under the set weights and penalties conditions.

The four-year-old opened his spring campaign with a fast-finishing third to The Odyssey in an 1110 metre sprint at Doomben on September 12.

Meanwhile, the summer carnival in Brisbane will be the aim for talented four-year-old Command’n’conquer, who is nearing a return to racing.

“He’s done a bit of three-quarter work and had one easy gallop so a couple more of them and he’ll be ready to trial,” trainer Steve Tregea said.

“I’ll see what’s available when he’s ready to go but obviously we’re looking at him as a summer carnival horse and keeping our fingers crossed he heads that way.”

Command’n’conquer created a big impression winning four of his six starts in his first racing campaign during the autumn.

The Lough Neagh Stakes (1300m) at Eagle Farm at Listed level in December is a likely option for Command’n’conquer if he performs well in lead-up races.

Toby and Trent Edmonds have decided to shelve the remainder of the spring carnival for Stradbroke Handicap winner Tyzone, who has returned to their Gold Coast stable.

Tyzone is likely to be freshened up for a tilt at the Queensland summer carnival with the aim of gaining a wildcard entry into a suitable race on Magic Millions day in January.