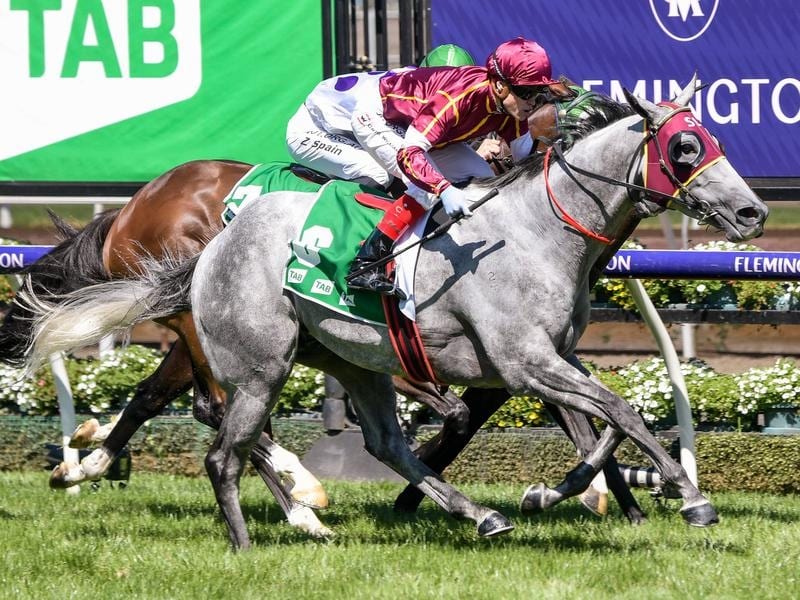 Greg Eurell is treating Blazejowski’s last start effort as an anomaly and believes he can return to his best form in the Listed Christmas Stakes at Caulfield.

At his last run, Blazejowski put in the worst performance of his career when he finished last in the Kevin Heffernan Stakes at Sandown on November 14 as a $4.20 chance.

Prior to that he had finished a first-up fifth at Group Two level at Flemington behind Kemalpasa.

Eurell said Blazejowski over-raced and wouldn’t settle at his last run and since then he has been training him to relax again by taking the blinkers off him.

The six-year-old has worn blinkers at his past 12 starts but Eurell said it was time to make a change.

“He just seemed to be over-doing it last start. He didn’t settle and that’s so out of character for him,” Eurell said.

“I think taking the blinkers off will make a big difference so he can relax and settle.

“He seems in great nick. He has the ability, he’s sound and I think he’ll be very competitive.”

Blazejowski has won eight of his 20 starts and is a $16 chance to win the Christmas Stakes (1200m) on Saturday when he will be ridden by Damien Thornton.

After Saturday, Eurell said Blazejowski would have his next start in the Chester Manifold Stakes over 1400 metres at Flemington on January 16.

The stable will also be represented by Star Missile in the Dennis Hanrahan Handicap (2000m) and he is a $10 chance.

Eurell said Star Missile didn’t have a lot of luck at his last start as he was cramped for galloping room in the straight.

“This time he’s drawn out which will suit him better and give him the room he needs,” he said.

The Cranbourne trainer also regards his other pair of starters at Caulfield, Sassy Salitage and Ilovethegame, as good chances.