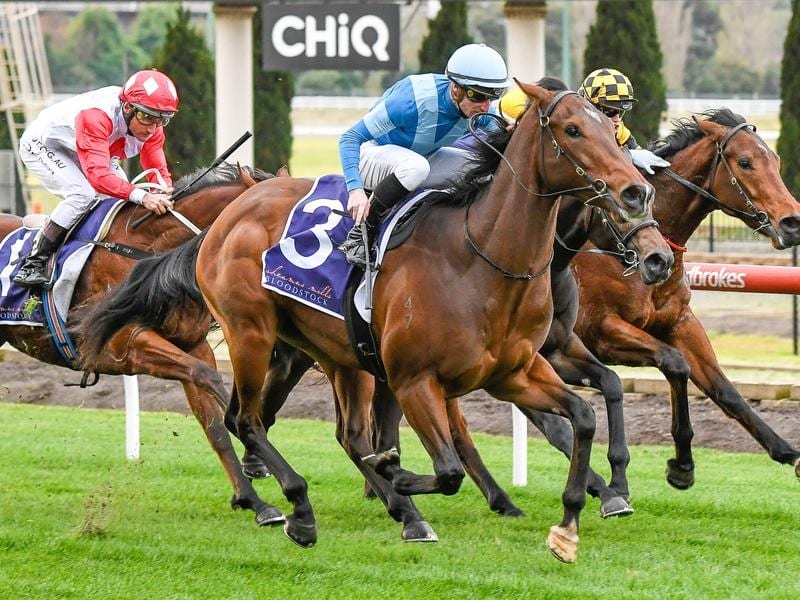 Crosshaven may have earned himself a short break after maintaining his unbeaten record with a fighting win at The Valley.

The Lindsay Park-trained two-year-old followed an easy debut Geelong victory with success in the Sheamus Mills Bloodstock Handicap on Saturday.

Lindsay Park co-trainer Ben Hayes said he would discuss with fellow co-trainer Tom Dabernig whether to press on to the winter series of races at Flemington or give Crosshaven a break and bring him back for some early spring options in August.

Ridden by Daniel Stackhouse, Crosshaven started the $2.45 favourite in accounting for Island Joy ($9.50) with Not A Zac ($11) a half-head away third.

Hayes said Crosshaven did not appear comfortable on the tighter confines of The Valley and would appreciate a bigger track.

“I have to talk to Tom but I have a feeling that he’ll be running sometime around mid-August,” Hayes said.

“He was a bit green and lost around this tight turning track but his class got him through.”

Stackhouse knows his time aboard Crosshaven is short-lived having replaced the suspended Luke Nolen who won on the gelding at Geelong.

“I wouldn’t mind staying on him but Luke has been doing all the work and I was lucky to get the ride today and get the job done,” Stackhouse said.

“He raced really green and really new today. I had to guide him into an spot early and he didn’t travel as good as I thought he would through the race.

“I thought I’d bring him out early and work him into it with momentum.”