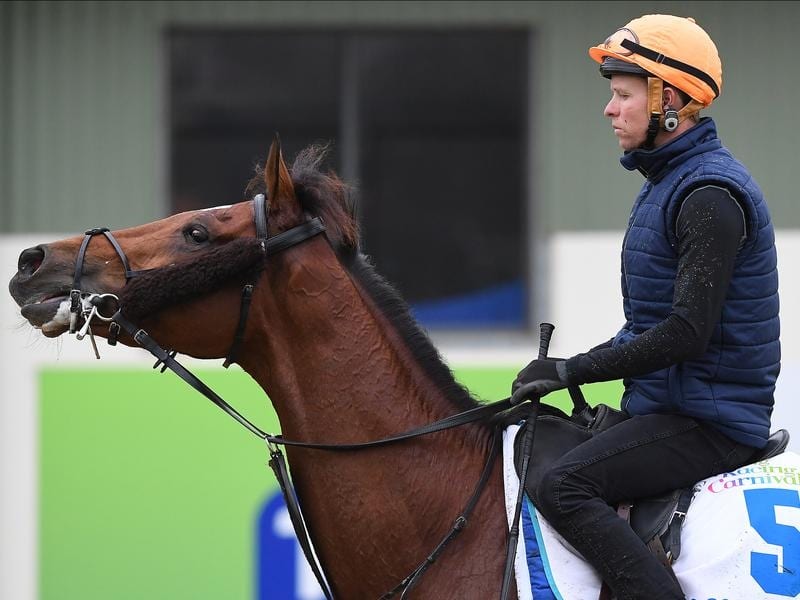 A carnival of ups and downs for Godolphin trainer Charlie Appleby’s travelling team from England could yet reap its greatest success with Cross Counter in the Melbourne Cup.

While Appleby’s travelling party struck early this spring with Jungle Cat in the Group One Sir Rupert Clarke Stakes in September, there have also been some low points.

Melbourne Cup hopeful Hamada had to be euthanised last month after fracturing a leg in trackwork while Caulfield Cup prospect Emotionless was sidelined after suffering a pelvic stress fracture.

Cross Counter’s path to Tuesday’s Melbourne Cup included a setback last month with a cut to a leg but recovered quickly enough to keep his campaign on track.

“We came down with the first team of three and we struck pretty hot straight away with Jungle Cat in the Sir Rupert Clarke.

“But, yeah, it’s difficult. It’s a long way to come and obviously we try to bring down the strongest, fittest horses we can and unfortunately things go wrong.

“Obviously it was terrible that we lost Hamada.

“Also, Emotionless we brought down here as a big hope for the Caulfield Cup and unfortunately he went wrong as well.

“So it’s been quite up and down for the team but hopefully Tuesday, and then on to the weekend on Saturday, we’ve got some real hopes.”

Along with Cross Counter in Tuesday’s Cup, the stable has Jungle Cat heading to Saturday’s Group One VRC Sprint Classic and Caulfield Stakes runner-up Blair House going to the $2 million Mackinnon Stakes.

Connett does not believe the cut Cross Counter suffered a few weeks ago will have an effect on his Cup performance.

“He came down here a really fit horse,” he said.

“Obviously you’re coming into the biggest race of his career and you don’t really want that kind of issue, but at least it happened three weeks out and not 10 days from the race. So there was enough time to let it heal and he has not missed too much work.

“Kerrin McEvoy rode him last Wednesday and was nothing but positive getting off the horse.”

Cross Counter is a northern hemisphere three-year-old, like last year’s winner Rekindling, and was the $9 third favourite on Sunday.

Cross Counter is one of three runners on Tuesday striving to become the first Godolphin-owned horse to win the Melbourne Cup.