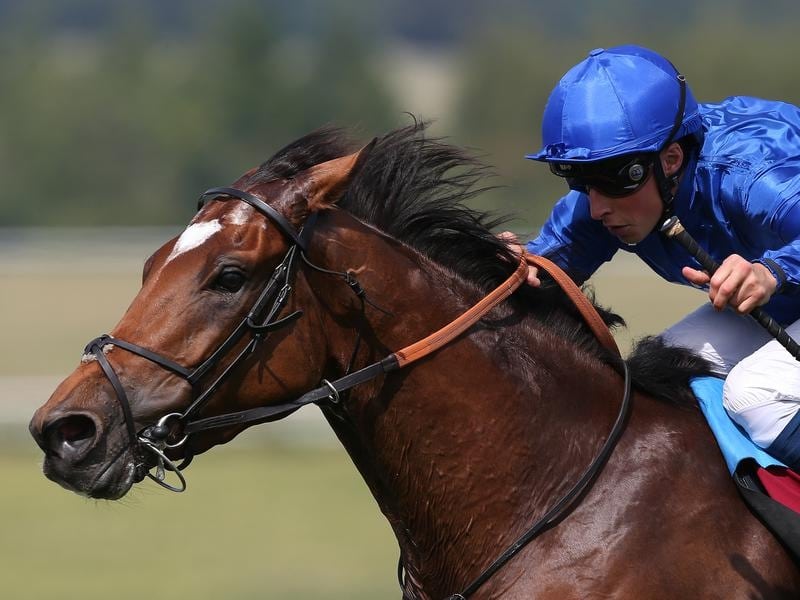 Godolphin trainer Charlie Appleby has trained the quinella in the Group Two Great Voltigeur Stakes with the winner Old Persian heading to the St Leger and runner-up Cross Counter confirming a trip to Australia for the Melbourne Cup.

The race was wide open three furlongs (600m) out, where Wells Farhh Go was the first to commit, but the Godolphin pair soon dominated proceedings.

Sent off at 7-1, Old Persian kept finding for James Doyle and kept his stablemate at bay by a head.

“… we were confident coming into today. He’s bred to get a trip and he galloped out strongly.

“Cross Counter came onto the scene later on and this wasn’t his main target, but on the back of his victory at Goodwood he put himself forward to be in the picture for Australia (Melbourne Cup).

“I didn’t want to take him down as a three-year-old and give him a prep run there. I thought it would be easier if I could get a prep run in here and go down there as a fresher horse and run him off the plane.

“Really, it couldn’t have worked out any better. Old Persian can head on to the St Leger now and Cross Counter can do what we always expected him to do and go to Melbourne for the Cup.

“I think we have a nice team going down to Australia, but it just depends how well they travel.

“That’s their biggest challenge and if they turn up as they would on this side of the water they are going to be big players.”