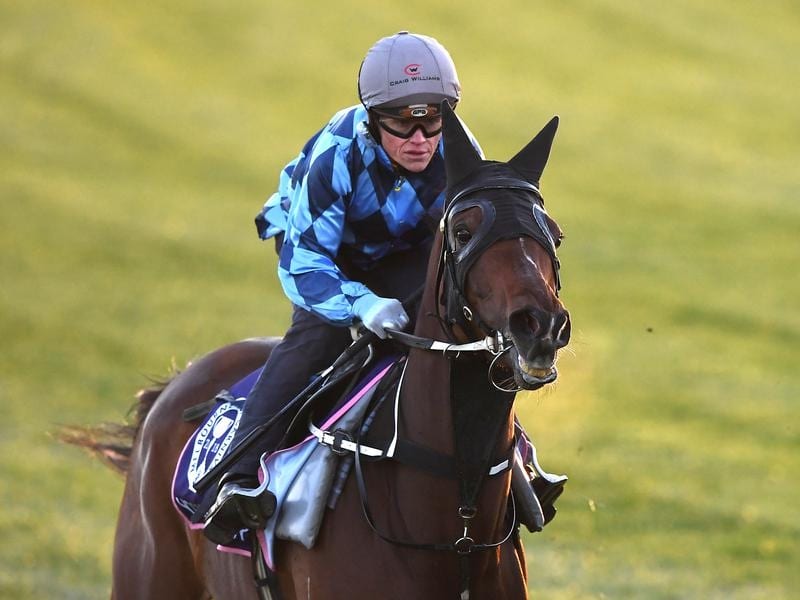 After being confirmed as the rider for Youngstar in next week’s $7.3 million race, Williams jumped aboard the four-year-old mare for the first time in a gallop on the Flemington course proper on Tuesday morning.

Youngstar worked in company with imported stablemate Finche who is also Melbourne Cup-bound.

“It was good to get a feel for her,” Williams said.

“She really wanted to get on with her work and get it over and done with but she pulled up fine.”

Kerrin McEvoy has been Youngstar’s regular jockey but he has been confirmed to ride Godolphin’s international visitor Cross Counter which paved the way for Williams to pick up the ride.

Williams felt Youngstar’s run for seventh in the Caulfield Cup, coming from back in the field, was good enough considering the tempo of that race and considers the mare “a big player” in the Melbourne Cup with a light weight.

“She’s probably the strongest chance from an Australasian-bred horse. So she carries a lot of weight on her shoulders,” he said.

He has won two Caulfield Cups and two Cox Plates as well as one Golden Slipper.

He famously missed out on the ride on 2011 Melbourne Cup winner Dunaden through suspension.

Youngstar’s trainer Chris Waller said the stayer would have another gallop later this week to ensure she did not go into the Melbourne Cup too fresh for the two miles (3200m).

“Youngstar worked OK but she was a little bit keen for my liking,” Waller said on Tuesday.

“That simply shows that she’s doing very well, she’s very bright and very energetic. So I just need to marry that up between getting her nice and relaxed and not too fresh but at the same time still feeling very well in herself.

“So she’ll have another gallop, likely on Friday or Saturday, to ensure that she’s not too above herself.”