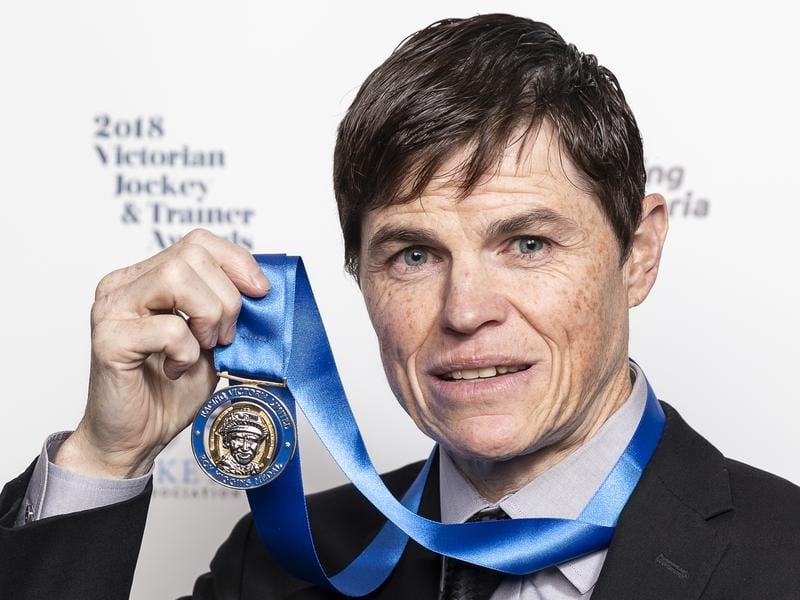 As an Australian born into racing, the Melbourne Cup is a race Craig Williams has always dreamed about.

It has so far eluded the champion jockey but Williams get another chance on Tuesday to get his name on the honour roll when he rides the only mare in this year’s Cup – Youngstar.

Williams has won two Caulfield Cups, two Cox Plates and a Golden Slipper among his many big race wins.

If Youngstar can upstage a host of internationals and win on Tuesday, Williams will become the eighth jockey to have captured what are considered the four ‘majors’ of Australian racing.

A third placing on Mount Athos in 2013 is his best Cup finish while he missed the ride on eventual winner Dunaden in 2011 because of a careless riding suspension.

“To have got the other three but not the Melbourne Cup and finished third and fourth, it’s the race that drives us all,” Williams said.

This year marks 25 years since the first international horse – Irish-trained Vintage Crop – won the Melbourne Cup and Tuesday’s race has 11 northern-hemisphere trained horses and another seven imports among the 24-horse field.

“So not only is it the race that stops our nation, it’s also now a race that’s targeted around the world,” Williams said.

“It’s a privilege being an Australian jockey and if I can win it tomorrow it’s going to be the greatest race on earth.”

Youngstar won the Queensland Oaks during this year’s Brisbane winter carnival and while winless this spring, the mare’s form card includes a second to champion Winx two starts ago in the Group One Turnbull Stakes (2000m) at Flemington.

The mare settled back in an on-pace dominated Caulfield Cup last start before running home for seventh and Williams rides the mare in a race for the first time on Tuesday.

“In regards to an Australian perspective she’s got the best credentials,” Williams said.

“She is an Oaks winner, she ran third in a Queensland Derby.

“In all her runs this preparation she has run very well.

“I worked her a week ago and she’s come through the Caulfield Cup extremely well.

“She has come up with a really nice barrier (eight) which is a big help and whatever conditions she gets – dry or wet – she’s adaptable.

“She does tick a lot of boxes but we have got a big job to take on these international raiders.”