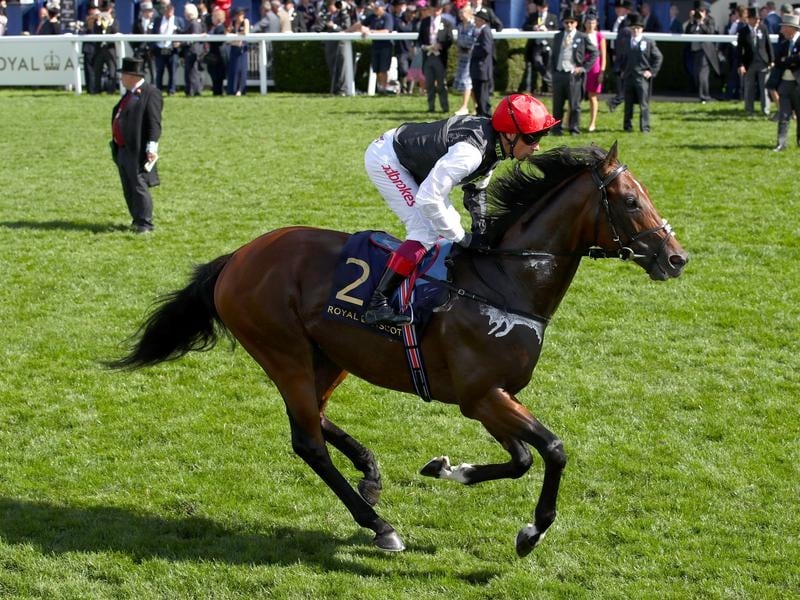 Cracksman could yet run in the King George VI And Queen Elizabeth Stakes after featuring among eight declarations for the Ascot showpiece.

While his participation is by no means certain at this stage, owner-breeder Anthony Oppenheimer felt it was worth declaring his three-year-old, who is set to be ridden by Rab Havlin, in the hope the rain arrives on Friday.

“There is some rain forecast for Friday and possibly Friday night. If the ground is good to firm then he won’t run as we know he can’t handle that,” Oppenheimer said.

“Mr Gosden will walk the track and we’ll see what happens.”

“He’s going like a bomb at home and it would be fun to see him run, but I don’t think it would be fair on the public or the horse to run him on fast ground. We want to give him a chance.

“There are some pretty large thunderstorms forecast, so we’ll just have to hope they materialise.”

Should Cracksman line up, he will face a rematch with his Prince of Wales’s Stakes conqueror Poet’s Word, one of two major contenders for Sir Michael Stoute along with Hardwicke Stakes winner Crystal Ocean.

Aidan O’Brien has whittled his team down to two, Hydrangea, who will be ridden by Ryan Moore, and Rostropovich.