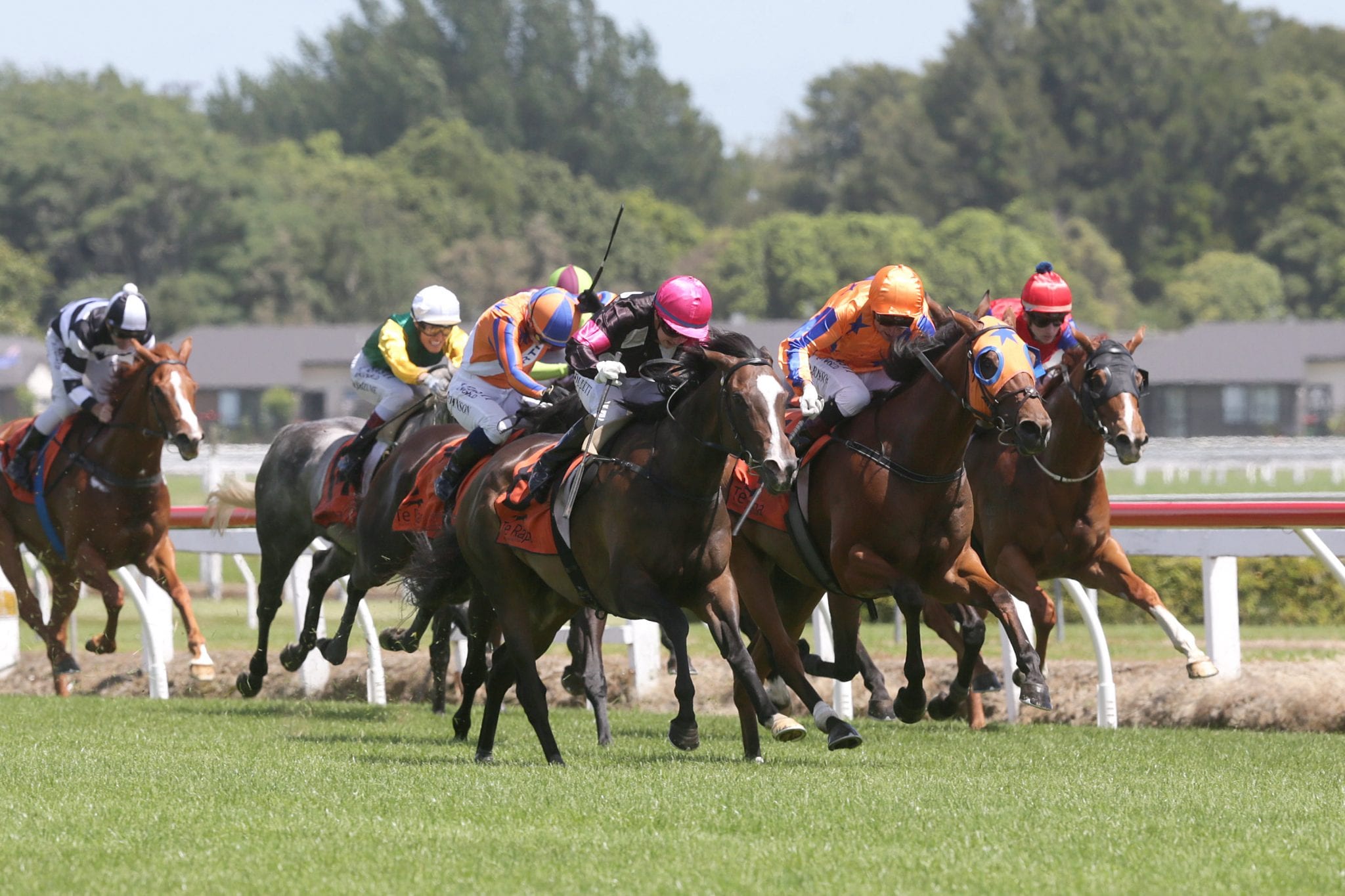 Promising mare Coventina Bay added valuable black type to her burgeoning race record when she prevailed in a desperate finish to the Group 3 J Swap Sprint (1400m) at Te Rapa. The Robbie Patterson-trained five-year-old had gone close at stakes level at her last start when finishing second to race rival Mascarpone in the Listed Legacy Lodge Sprint (1200m) on the track in early November.

A tardy start cost her that day but she made amends this time around with a much better beginning that allowed rider Samantha Collett to have her in contact with the field as Dawn Patrol set up a solid pace in front. Collett tracked race favourite Prise De Fer approaching the home turn and the pair took over at the 200m.

Coventina Bay took a narrow advantage at that point which she held to the finish to down Prise De Fer by a head with Vigor Winner shading Burgundy Belle for third. Patterson has played a patient hand with his charge and was delighted to see her rewarded for her efforts.

“I’ve got to take my hat off to this horse,” he said. “She’s only 15 hands and has had a lot of issues. “She was a real hard horse early on but she’s got the heart of a lion. “Our targets have been these handicap Group races as she is only a little horse and we can get her in down in the weights. “It’s onwards now and she had a bit of cheek about her today as she got to the front and pulled up a little.”

While Coventina Bay holds a nomination for the Group 1 JR & N Berkett Telegraph (1200m) in January, Patterson is considering stepping her up in distance for a Group 2 feature at Ellerslie on New Year’s Day.

“She will get a mile although I’m not sure about Ellerslie and going the other way around, but she is a very intelligent horse,” he said. “I think we have to look at the Rich Hill Mile (Group 2, 1600m) and then maybe the Thorndon (Group 1, 1600m) at Trentham after that. “I never nominated for the Thorndon, just the Telegraph, so we might have to change our minds now.”

Collett was pleased the race was run at a good tempo as it played right into the hands of her mount. “It helped her today (the pace) as she hopped away a touch better than normal although she was always going to be back,” she said.

“She still had plenty left in the tank as I got to Opie (on Prise De Fer) pretty easily and she has waited for them a little bit. “She is going to keep on improving and when she is on, she is on. “She’s got a phenomenal turn of foot and is exciting to ride as she seems to make an effortless job of picking them up. “She’s been mixing her distances in this prep but I really think she is screaming out for the mile now.”

A winner of six of her ten starts, Coventina Bay is by Windsor Park Stud stallion Shamexpress and out of High Chaparral mare Coventina who is a granddaughter of dual Group 1 winner Nimue.