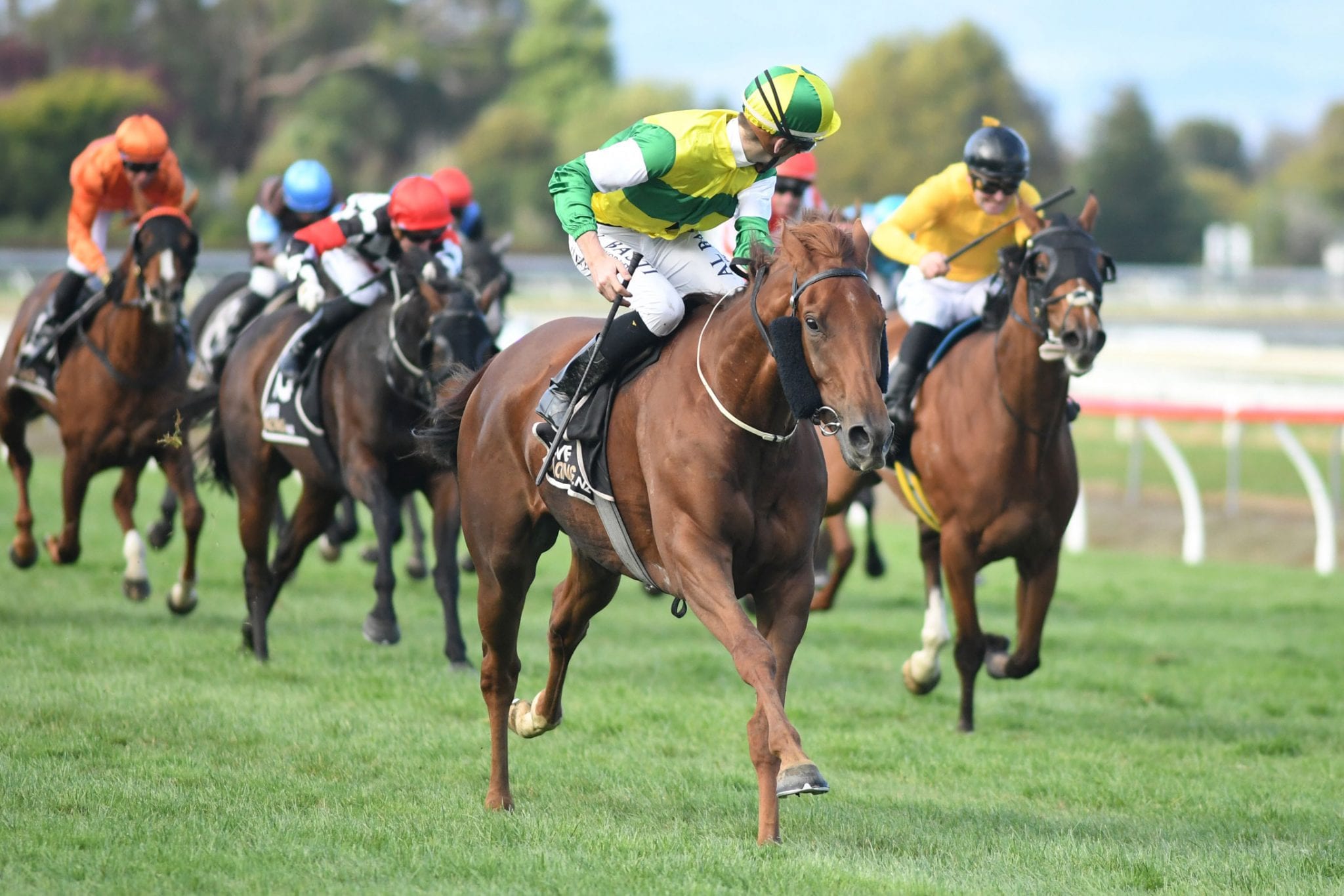 Awapuni has been the happiest of hunting grounds for Beauden, who returned to his favourite track on Saturday for a career-best victory in the Group 2 City of Palmerston North Awapuni Gold Cup (2000m).

It was the 11th win of a 36-start career for the Bullbars gelding, who has been near-unbeatable at Awapuni – eight of his victories have come from only 10 appearances at the Palmerston North track, including the last two editions of the Listed Marton Cup (2200m).

Saturday’s win was the best of the lot. Up against a quality field that featured this season’s Group One winners Callsign Mav and Royal Performer along with high-class performer Prise de Fer, Beauden dropped back to second-last as Hunta Pence led the field through most of the 2000m journey.

But Beauden’s regular rider Ryan Elliott brought him to the outside in the straight and let him rip, and the six-year-old mowed down his dozen rivals and raced clear for a resounding victory by two and three-quarter lengths.

The chestnut has now earned more than $350,000 in stakes for owner-breeder Joan Egan, who has also enjoyed Group One glory this season with her Zabeel Classic (2000m) heroine Concert Hall.

Beauden’s victory on Saturday came as no surprise to co-trainer Graeme Rogerson.

“He’s a super horse, and he’s an absolute pleasure to train,” he said. “He’s got a lovely nature, he loves travelling and he eats up so well whenever he goes away. He makes it easy for us.

“He loves Awapuni, he’s won eight there now, and he’s just a bloody good horse. We’ll have a meeting with Joan next week and decide what we want to do next with him. The Hawke’s Bay Gold Cup (2200m) later this month could be an option.

“I think he’s more of a handicapper than a weight-for-age horse. He carries weight very well, and I have no doubt he’ll run two miles, so he could be a genuine Cup horse further down the track.

“We could even see if Joan wants to try taking him to Melbourne in the spring. I haven’t raised that with her yet, but I’m sure Ryan would love to go over there to ride him.”

Prise de Fer produced a stout finish from midfield to run second, backing up from a close fifth in the Group 2 Japan Trophy (1600m) just seven days earlier. The race favourite Callsign Mav appeared to hit a flat spot coming up to the home turn, but warmed up late to take third.