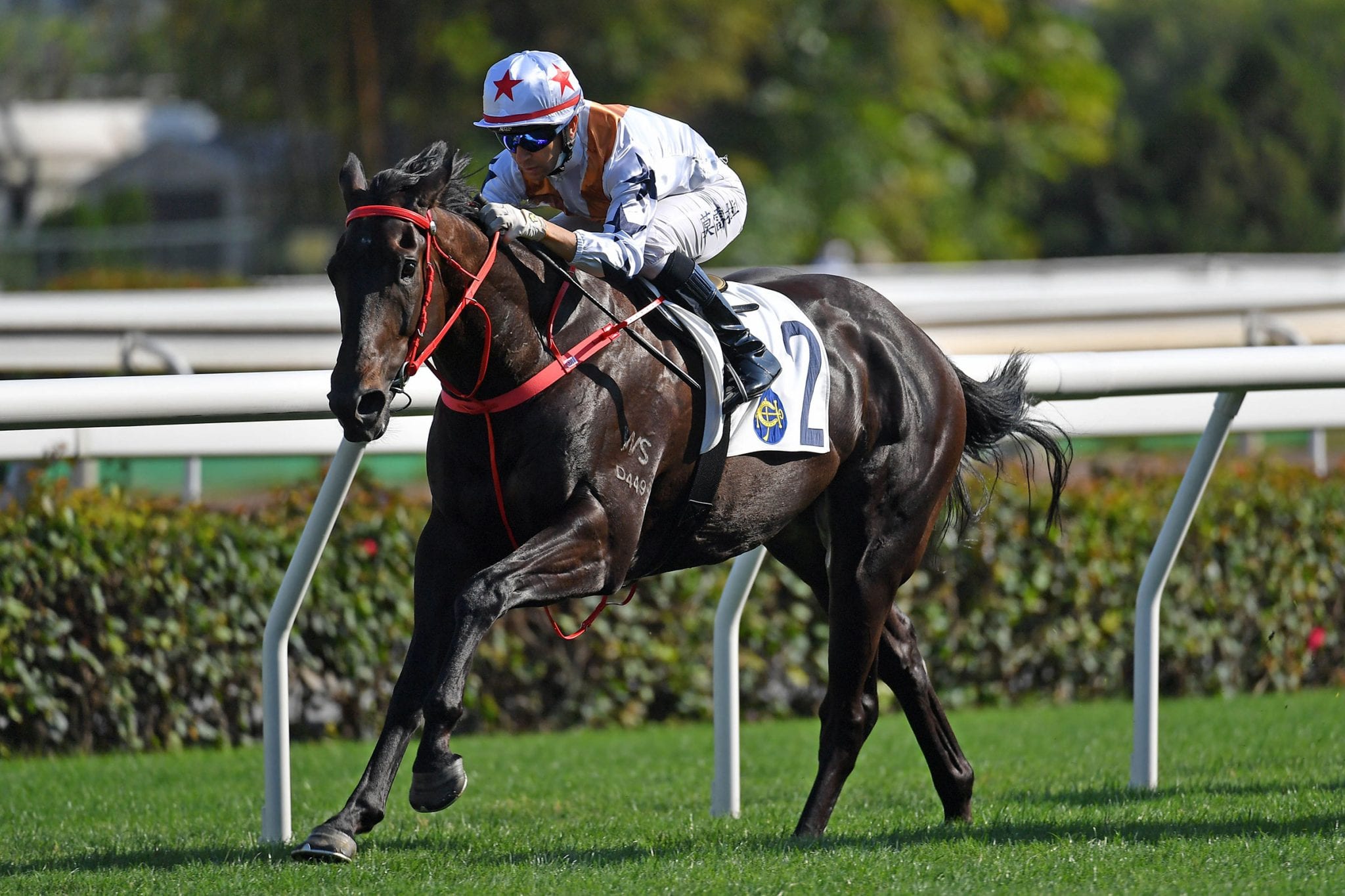 A strong undercard supports a trio of Group 1 contests on FWD Champions Day at Sha Tin (Sunday, 25 April), highlighted by a host of emerging talents across the programme, including the gifted Courier Wonder, who puts his unblemished record on the line in the Class 2 FWD Insurance My Legend Handicap (1200m).

A winner of his first three starts, the first two by a combined eight and three quarter lengths, the speedy son of Sacred Falls is looking to rack up a quartet of triumphs when he faces off against 13 rivals in this weekend’s dash.

Stepping into Class 2 for the first time, the 88-rater will look to exhibit Group-race potential when he tackles a hot field including Duke Wai, Winning Dreamer and the Group 3-winning Explosive Witness, all of whom boast better credentials on paper.

“I know he’s up in class and it’s going to test him, especially because there are a few decent horses around him but I have a lot of faith in this horse, I think he is far away from the rating I believe that he will one day achieve,” said jockey Joao Moreira.

Representing championship leading trainer John Size, the prodigious three-year-old kicked off his career rated 52 as an unraced PPG (Privately Purchased Griffin), before his remarkable rise through the grades hurtled him to within reach of a triple figure rating.

“I think the win was convincing, so far he has three wins and that’s all we can ask of him, he didn’t win too impressively last time out – I think the top-weight just pulled him back a bit but now with a lot less weight, he’s going to appreciate that,” Moreira said.

Declared by Moreira as the most talented young horse he has ridden this season, the on-pacer will once again step away from gate eight, as he did last time out.

Courier Wonder didn’t enjoy the smoothest of runs early on last start, adding further merit to his record as he was pressured for the lead over the first two furlongs.

“He’s been giving me the feeling that he’ll be fine if he gets cover between horses because he’s quite a straightforward horse, he’s very intelligent,” Moreira said. “I’m very confident about him.”

The speedster is a full brother to Icebath, runner-up in the Group 1 Doncaster Mile (1600m) at Randwick Racecourse in Sydney, Australia earlier this month.

Moreira partners the pair and is of the opinion that Gallant Express will relish stepping up in trip when he contests the Class 3 FWD Insurance CCB (Asia) Handicap (1400m).

“The best part about his debut win was the final 150 yards when he really got away from them, I’m very happy that John (Size) is stepping him up in distance – I’m convinced that it will be even better for him,” Moreira said.

The three-year-old I Am Invincible gelding scored on debut over 1200m as a 52-rater and following that win was slapped with a nine point addition to his figure.

“It was a good win, he won very impressively, we did though, expect him to do what he did and he hasn’t let us down.

“I believe he is up to the class-rise, the way he won was quite convincing and the step up in distance too, I think it’s going to help him,” Moreira said.

Adding further gloss to his debut win, the Brazilian ace is of the opinion that the Australian-bred will begin to show his best when he steps up to a mile and beyond.

“He’s not going to develop into a horse that’s going to be performing at his best below a mile, I wouldn’t be surprised if gets out even further because he strides out like a horse who can stay,” he said.

Currently a 79-rater, the New Zealand-bred son of Swiss Ace also sits on the brink of class-rise and this Sunday squares off with another lightly raced talent, the David Hayes-trained Trader (116lb), also a debut winner.

“I thought it was a pretty good effort, he got burnt in the middle stages and he did it the hard way from the wide gate but since then he’s trained on nicely,” Hayes said of the unbeaten son of Unencumbered.

“He had an excuse to get tired, it’s pretty hard to make all and get taken on in Hong Kong, so if he hit the line like he was hitting the 200 metre mark he might have gone up 20 rating points,” he added.

The youngster pairs with Karis Teetan in Sunday’s contest from gate four. The Mauritian rider gave him a solid hit-out on the grass on Monday, clocking 54.4s (31.0, 23.4) for 800m.

“He had a good solid hit out without testing him, I know how good he is, it was just a maintenance gallop and I’m pretty confident he’ll run a very good race,” the handler said.

“He’s (Fantastic Way) clearly a very good horse but if ever someone is going to beat him it’s when he has to carry 133 pounds and break from a wide gate, so I think we’ll give him a race,” Hayes added.