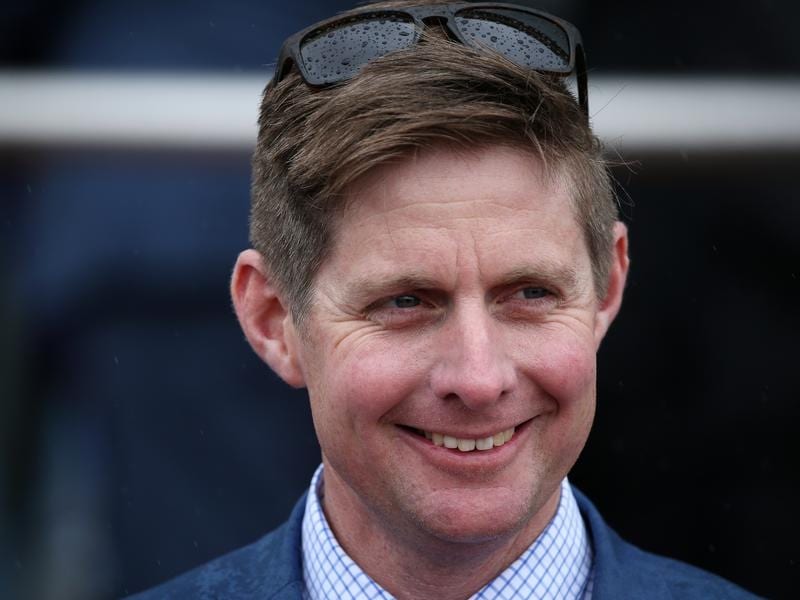 Jarrod McLean is hoping one of the stable’s former Perth horses can follow the lead of Trap For Fools and give the trainer another feature win.

Trap For Fools gave McLean his first Group One win in the Mackinnon Stakes last week and he is banking on Cougar Express in Saturday’s Listed Sandown Cup (3200m).

Like Trap For Fools, Cougar Express was sent to McLean from Perth trainer Lindsey Smith.

McLean stays with Smith when he travels west for the Perth carnival in his role as assistant to Darren Weir.

Cougar Express is the winner of the Grand National Hurdle at Sandown in August and McLean is trying to get him into the $300,000 Jericho Cup, Australia’s longest flat race to be run over 4600m at Warrnambool on December 2.

The inaugural Jericho Cup is restricted to Australian and New Zealand-bred horses with qualifying races run around the country and entry into the race on a points basis.

A consolation race over 4065m will be staged if final acceptances exceed the safety limit of 12, plus four emergencies.

Cougar Express was also an acceptor for a 3000m race at Moonee Valley on Friday night when he was to carry 66kg in the benchmark 70 race.

But with 54kg on Saturday, McLean has decided to run him in the Sandown Cup.

“We’re trying to get points for the Jericho Cup and that probably looks our best chance of getting a point or two,” he said.

“He was given no hope in Adelaide last start but to his credit he kept coming and finding the line and he’s good to go.

After the Jericho Cup meeting, Cougar Express will be freshened and prepared for a tilt at the Galleywood Hurdle during Warrnambool’s May carnival.