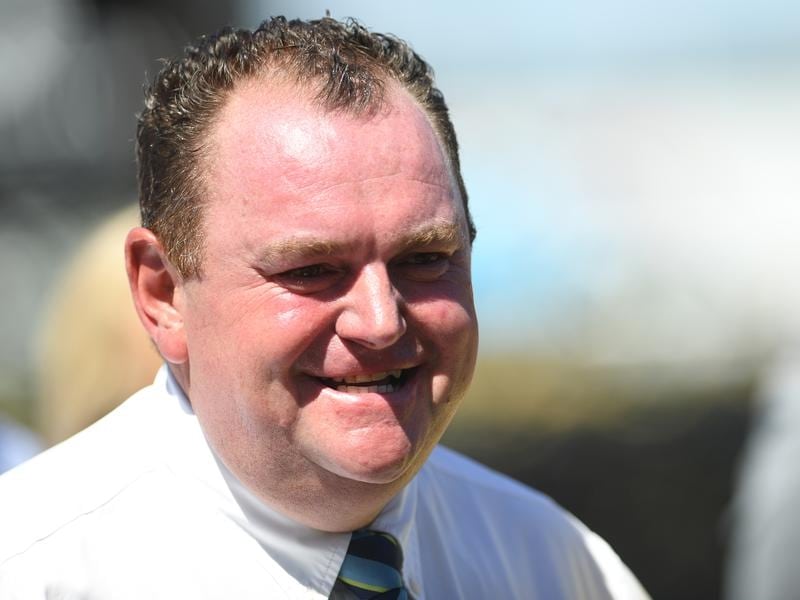 The way Goldifox has hit the line in her two starts this preparation has co-trainer Troy Corstens upbeat about the two-year-old’s prospects of breaking through for her first win in the Listed Taj Rossi Series Final at Flemington.

Goldifox has finished runner-up over 1200m and 1400m in her two starts since joining the stable of Leon and Troy Corstens from Henry Dwyer, and the filly steps up to 1600m for the first time on Saturday at her fifth career start.

Lindsay Park-trained colt Good ‘n’ Fast beat Goldifox by a neck in a key lead-up race last Saturday week at Flemington and they look set to clash again on Saturday, with Goldifox 2.5kg better off at the weights.

Goldifox was warming to the task in the final 200m after settling last in the field of eight from the outside barrier.

“She’s not a big filly but she really takes a while to balance up and get into her stride,” Troy Corstens said.

“I think the last 200 metres was her best last start and she had the best sectionals out of the race as well.

“So you’d think that the mile should be right up her alley.”

Saturday’s race has four last-start winners among the 14 nominations, headed by Good ‘n’ Fast who has shown talent in his two starts.

Corstens is hoping for a good barrier draw to enhance Goldifox’s chances to turn the tables on Good ‘n’ Fast.

“I had a quick look at the nominations and it’s very similar to her last start with a few others in there obviously,” Corstens said.

“We drew terribly last start and had to go back to last.

“If we can draw a gate this time I don’t think we have to be back that far and it might just give us a tactical advantage over Good ‘n’ Fast.”

Chris Parnham retains the ride on Goldifox and depending on how the filly performs, she could progress further into winter and contest The Byerley Handicap over 1800m for two-year-olds two weeks later.

Corstens is also likely to accept with Mamzelle Tess in Saturday’s Leilani Series Final (1400m) after the mare finished third to Rillito at Caulfield last Saturday over 1200m.