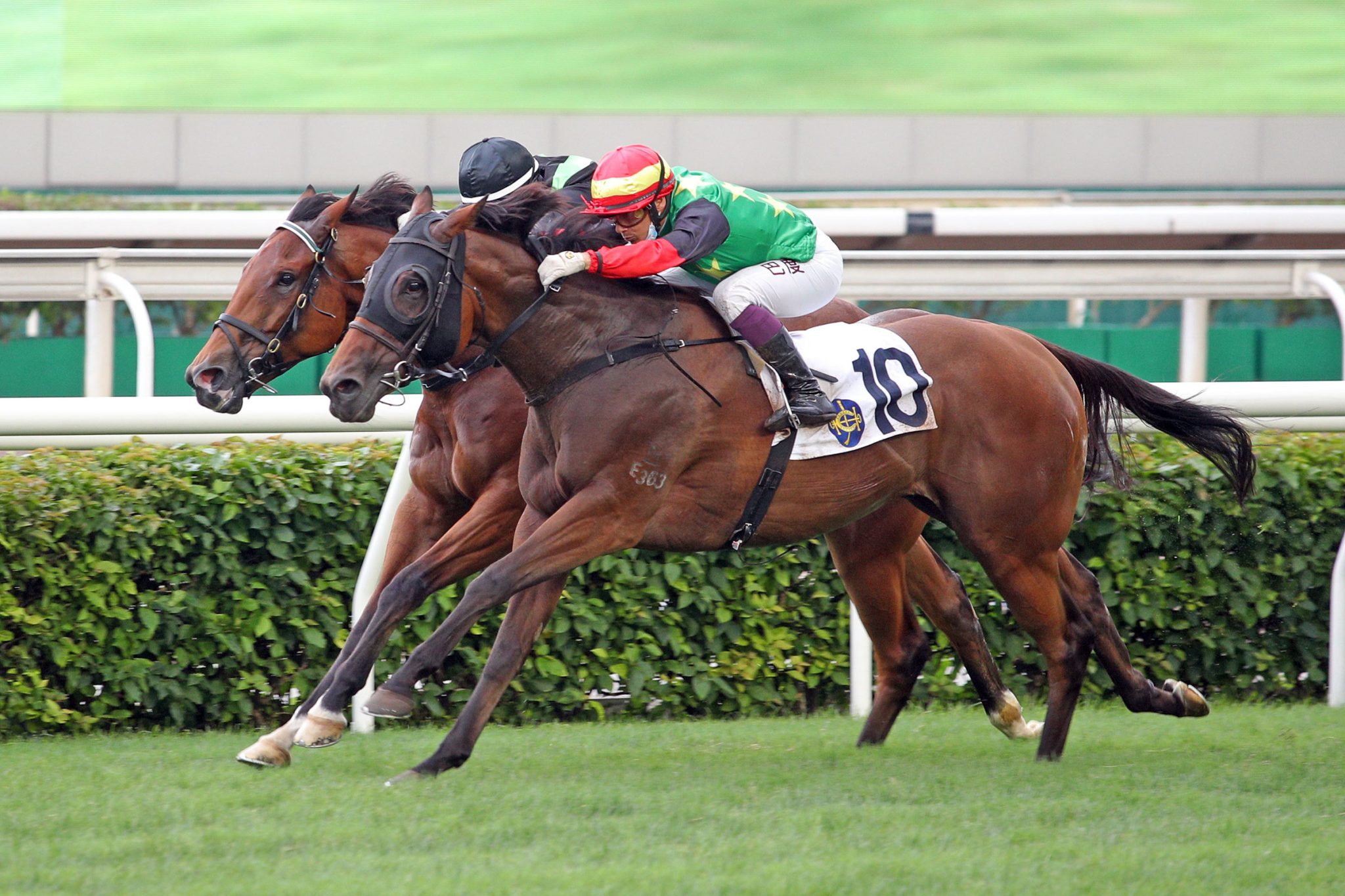 Alexis Badel is looking to guide Cordyceps Six to consecutive wins at Group 3 level when he hops aboard the Star Turn speedster at Sha Tin this Saturday (October 1).

Victorious in last year’s Group 3 National Day Cup Handicap (1000m) aboard Super Wealthy, Badel will instead reignite his partnership with the rapidly improving Cordyceps Six in a bid for back-to-back wins in the HKD$3.9 million dash.

Ahead of his return this weekend, the four-year-old caught the eye with a stylish trial at Happy Valley recently (Saturday, September 17), clocking 1m 12.16s for the 1200m effort on turf behind Kilindini, while Fantastic Treasure – who crossed the line third – has since come out and won.

“That was a very good trial at Happy Valley, he did everything perfectly and with maturity. I feel like he should run a good race, he seems to be ready to go to the races,” Badel said.

Cordyceps Six is a six-time winner from 12 starts in Hong Kong, boasting HKD$9.085 million for his owner as he readies to face Sky Field, Stronger, Lucky Patch, Super Wealthy, Master Eight, Harmony And Rich and Family Folks this weekend.

Cordyceps Six boasts four wins down the Sha Tin straight, the most of any horse in Saturday’s eight-runner dash.

“He’s got a pretty good record over the straight 1000 metres. I can’t guarantee his level of fitness first-up but it seems to be ok, he looks happy and healthy,” Badel said.

“He showed maturity, he flew from the gates and then as usual he has a look around – that’s his character but that was a good enough trial for the first time,” Badel said.

“I’m very happy, he moved well and he has done his job, so let’s see how his fitness improves after this effort,” Badel said.

Poon’s out to ignite Happy Valley

Matthew Poon is building a solid foundation for the new campaign and tonight (September 28) the 28-year-old is looking to enhance his efforts with six rides at Happy Valley’s midweek card.

Poon has two wins but boasts a further seven top-three finishes, performances that he is hoping will turn into wins soon enough as the season continues to evolve.

“I think I’ve started off pretty good compared to previous seasons, it’s always very hard to get rides at the start of the season but this season I was pretty lucky that I got on a nice one for Danny (Shum) – Victor The Winner – that horse gave me a good start,” Poon said.

“I think everything is alright so far, I’ll keep working hard and hopefully I can get better rides,” Poon.

Poon hops aboard Igniting for trainer Francis Lui in the second section of the Class 3 Admiralty Handicap (1200m) at Happy Valley.

“He surprised me first-up because he finished off so well, I think this time after that run he will be more fit and I hope he can show more speed early on, so we don’t need to be too far back – hopefully we can sit closer,” Poon said.

Poon’s a two-time winner aboard Igniting, both times over tonight’s course and distance.

Poon also partners Triple Triple, Hero Star, Modest Gentleman and Natural Storm as well as Jolly Honour who will race in Class 5 for the first time in Hong Kong.