Cool Passion To Be Set For Adelaide G1 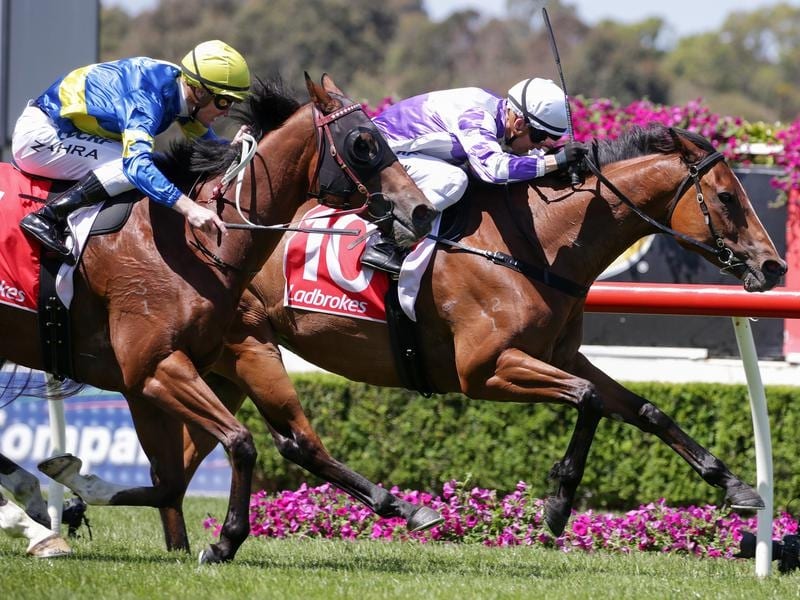 Cool Passion has capped her spring campaign with a second straight stakes win and trainer Tony McEvoy now has his sights on a long-range target for the mare at Group One level.

Seven-year-old Cool Passion won a Group Three race for mares over 1400m at Flemington during the Melbourne Cup carnival and backed that up with a weight-for-age victory in Saturday’s Group Three Kevin Heffernan Stakes (1300m) at Sandown.

Ridden by the trainer’s nephew Kerrin McEvoy, Cool Passion sat just off the pace without cover before taking over at the 200m.

Tony McEvoy ruled out a trip to Perth for Cool Passion for upcoming feature races and said the mare’s main target next preparation would be the Group One Robert Sangster Stakes (1200m) in Adelaide for fillies and mares in May next year.

“She was courageous last start at Flemington and to come here and win against the boys at weight-for-age was a really good performance,” McEvoy said.

“I think it just shows she’s an elite-level mare.”

Cool Passion has taken her record to 11 wins from 26 starts but is yet to be tried at the highest level.

“She loves her role and she’s a big, strong mare.”

Kerrin McEvoy also believes the Sangster would be worth aiming towards.

“Fresh and from a good draw, if she gets the right runs then she’s got a good finish on her,” he said.