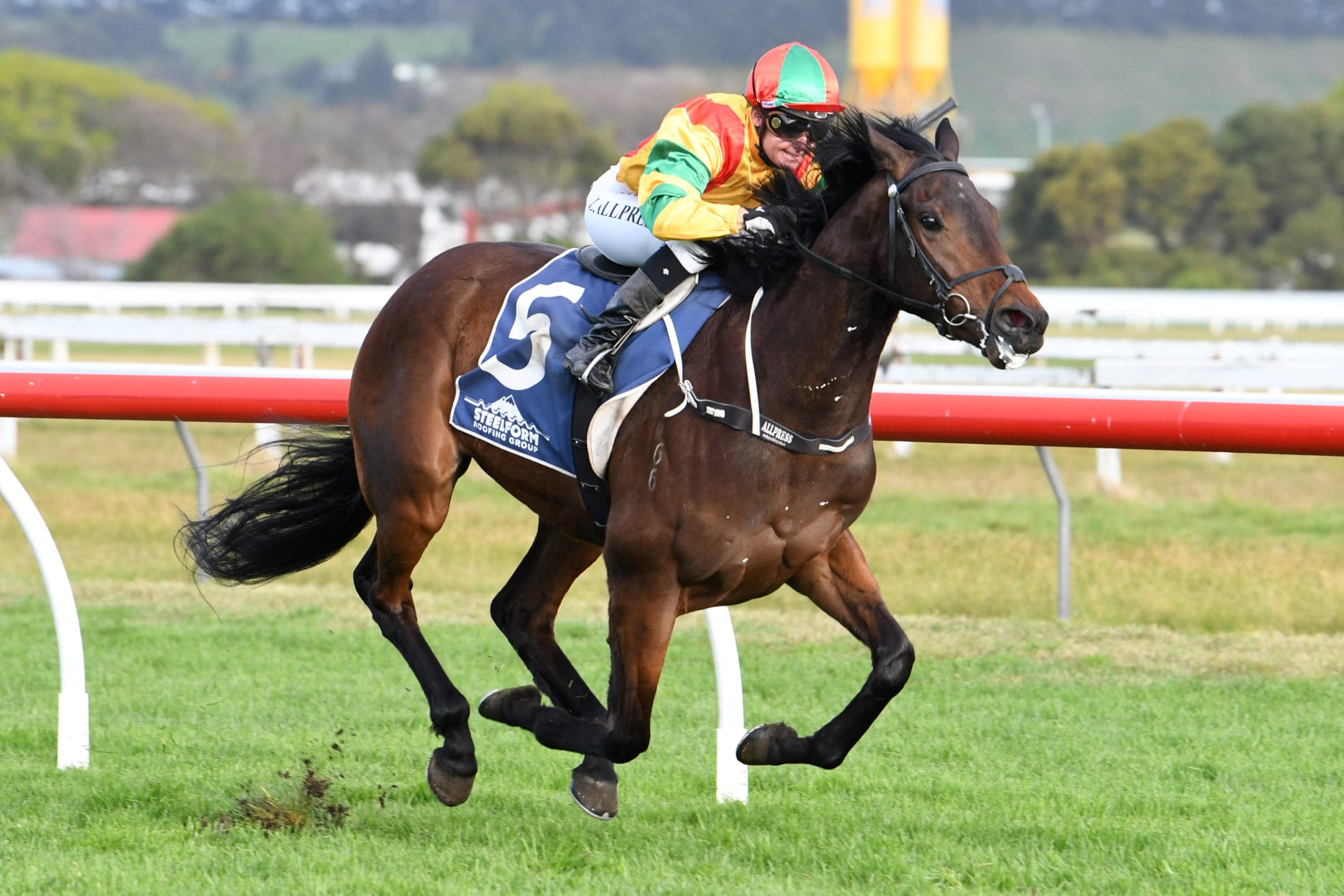 Lightly raced three-year-old Cooga Doon made it two wins from two starts when he took out the Listed HS Dyke Wanganui Guineas (1340m) in sensational fashion on Saturday. The Fraser Auret-trained Makfi gelding had set tongues wagging when successful by seven lengths over 1200m in his debut run at the venue last month.

The subject of a mountain of late support that saw him start favourite for his first start in black -type company, Cooga Doon looked anything but a winning chance when he was forced to sit three-wide outside the early speed before making his way to the lead with 800m to run.

Cuddled up around the home bend by rider Lisa Allpress, Cooga Doon shot clear halfway down the straight before clearing away to win untouched by a conservative six lengths from Cambridge visitor Sai Fah, who chased him hard the whole way home.

Auret was quick to admit the race hadn’t gone to plan but was looking forward to his charge getting over more ground in the future. “It’s a privilege to have these types of horses although it didn’t quite go to script,” Auret said. “He just has plenty of gears doesn’t he. “His mum was a stakes winner over a mile and a half, so the world really is his oyster.”

Auret is looking forward to improved track conditions for his charge, who holds a nomination for the Group 1 Al Basti Equiworld New Zealand 2000 Guineas (1600m) at Riccarton in November. “To my eye he was more dominant today on a slightly better track than his last one,” he said. “We will take a line through that and kick on for sure. “The Hawke’s Bay Guineas (Group 2, 1400m) is on the radar but we will have a meeting with his owners and go from there.”