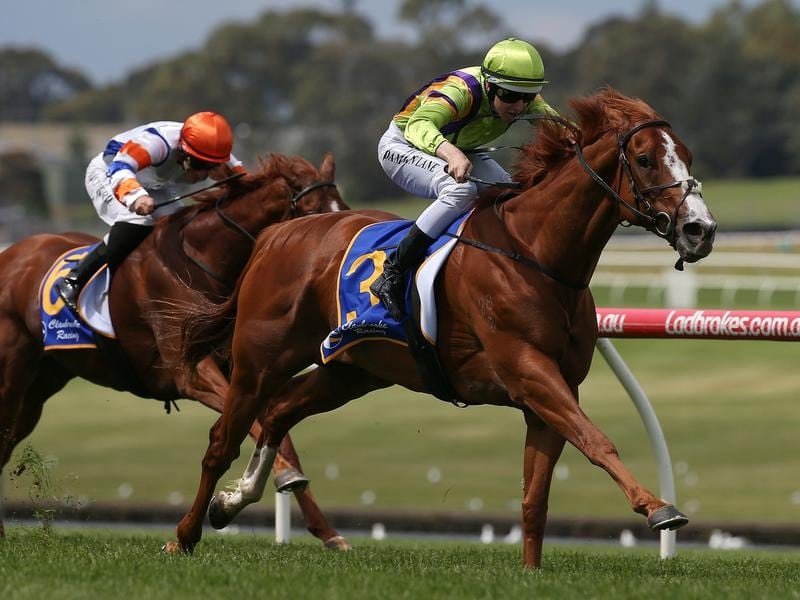 Co-trainer Simon Zahra is confident Crystal Dreamer is ready to perform to his best in the Sir John Monash Stakes after a faultless build-up to the Group Three race.

Crystal Dreamer resumes for his first start since March and usually performs well fresh and also likes Caulfield having won three of his eight starts at the track with another two placings.

“His two jump-outs have been terrific,” Zahra said.

“He’s going really well, he loves Caulfield and I can’t really fault him.

“His first-up runs are always good and he’s had a faultless preparation.

“If he’s good enough he’ll be right in the finish.”

Zahra, who trains in partnership with Mat Ellerton at Flemington, believes Saturday’s 1100m weight-for-age race is an ideal option for the five-year-old gelding late in the season before the star horses are back at the races for the spring carnival.

Crystal Dreamer has won 10 of his 24 starts with another eight placings.

The gelding is a Listed winner of the Doveton Stakes (1000m) at Sandown and has three stakes placings including his third to Saturday’s rival Voodoo Lad in the Group Three The Heath last September.

Talented colt Jukebox was the $3.10 favourite on Thursday to make a winning return in the Monash in his first start since last year.

Dual Group One placegetter Voodoo Lad was on the second line of betting at $4.40 and has a great record at Caulfield with three wins and a second from four starts at the track.

Crystal Dreamer was at $4.50 and will be ridden by Damian Lane.

While Crystal Dreamer has won four times at 1200m, Zahra believes between 1000m and 1100m is the sprinter’s best distances.