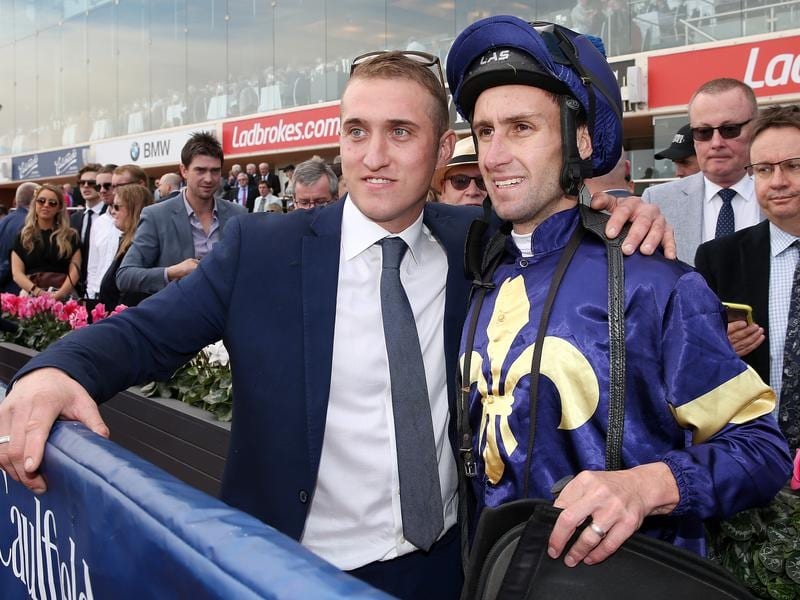 Former jockey turned trainer Nick Ryan looks to have unveiled an exciting prospect for his stable with three-year-old Columbus Circle overcoming some anxious moments to win on debut at Caulfield.

Columbus Circle was well-supported in early markets for Wednesday’s Ladbrokes Plate (1100m) and after being held up in behind the lead at crucial stages in the straight, he picked up quickly under James Winks to win comfortably.

“I nearly had a bit of a heart attack there but James was cool, he got him out and he got the job done,” Ryan said.

Ryan said he and connections had had to be patient with Columbus Circle but he was pleased to see the gelding start his career on a good note.

“James and I have done a lot of work with this horse,” he said.

“We’ve always had a high opinion of him and it’s really good to get him to the races and see what he can do.”

Ryan said he had Columbus Circle almost ready to race heading into the spring but a foot abscess and other minor problems meant they had to bide their time.

“We’ve been very patient with him and it’s paid off today,” he said.

“I’m not sure the plan from now but he’s a very talented horse.

“I’d like to think he would run 1400 metres to a mile. He’s got a brilliant turn of foot. If we could stretch him out to a mile it opens a few doors, doesn’t it?”

Those options could include a path to the Australian Guineas if Columbus Circle continues to step up.

Winks said it was not easy, physically and mentally, for horses in their first start to pick up like Columbus Circle did after being held up.

“His best attribute is that he does everything so right, and then to be able to explode like that gets you out of trouble,” Winks said.