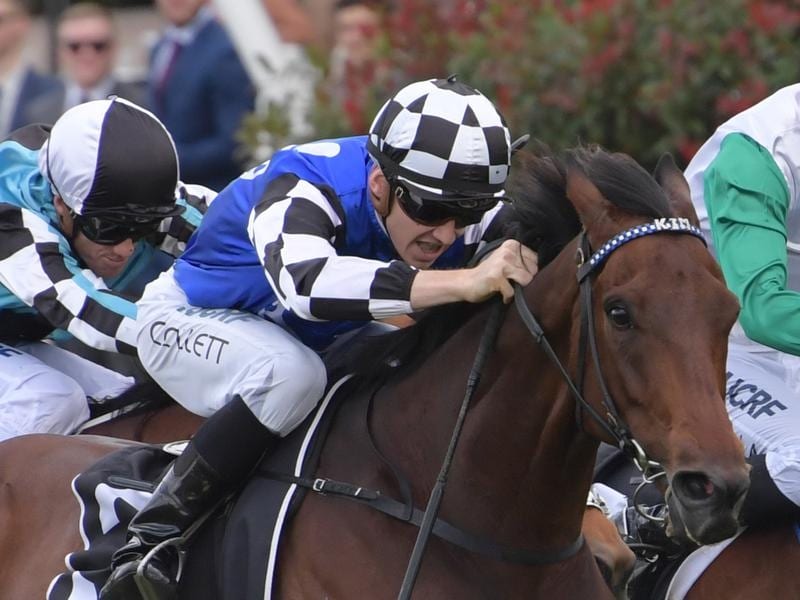 A year after landing a stakes double at the corresponding meeting, Jason Collett heads to Rosehill hoping history can repeat.

Collett has mounts in all three feature races on Saturday including early Starlight Stakes favourite Marsupial for James Cummings and last-start winner Our Century for Kim Waugh in the Listed ATC Cup (2000m).

He is keen to make an immediate impact on his return from a careless riding suspension and having ridden both Marsupial and Our Century to last-start wins believes the pair are live chances.

“I’ve had just under two weeks off and I missed out on a few rides last weekend so it’s good to be back,” Collett said.

Marsupial was competitive in stakes grade as a two and three-year-old and showed a readiness to deliver on that promise when he overhauled seasoned campaigner Tactical Advantage to score last start.

Collett was taken by the way the horse attacked the line to win.

“We got the right run and got a lovely drag into it but he performed when I asked, which I’d probably had a bit of a question mark over when I looked at his form because he seemed to run a few placings,” Collett said.

“He gets a nice weight pull from the class runners which are Deploy and Invincible Star.

“The draw probably dictates me going back and giving them a start so I’m going to need a bit of luck there.”

Collett was also in the saddle for Our Century’s first-up win over 1900 metres and says the horse can only strip fitter for Saturday’s assignment.

“He’s up another 100 metres which shouldn’t worry him and he’s had a couple of weeks between runs too. He looks a good chance,” he said.

Monsieur Sisu is the longest priced of Collett’s three stakes mounts and faces a class rise on his last-start fourth to Sweet Deal in a Benchmark race.

But the jockey doesn’t think the lightly raced horse will be out of his depth and expects Monsieur Sisu to appreciate the extra distance and a soft track.

Collett won last year’s Festival Stakes aboard Testashadow and made it a feature race double with victory in the Starlight Stakes (1100m) on Egyptian Symbol.