Cole restarts season where he left off 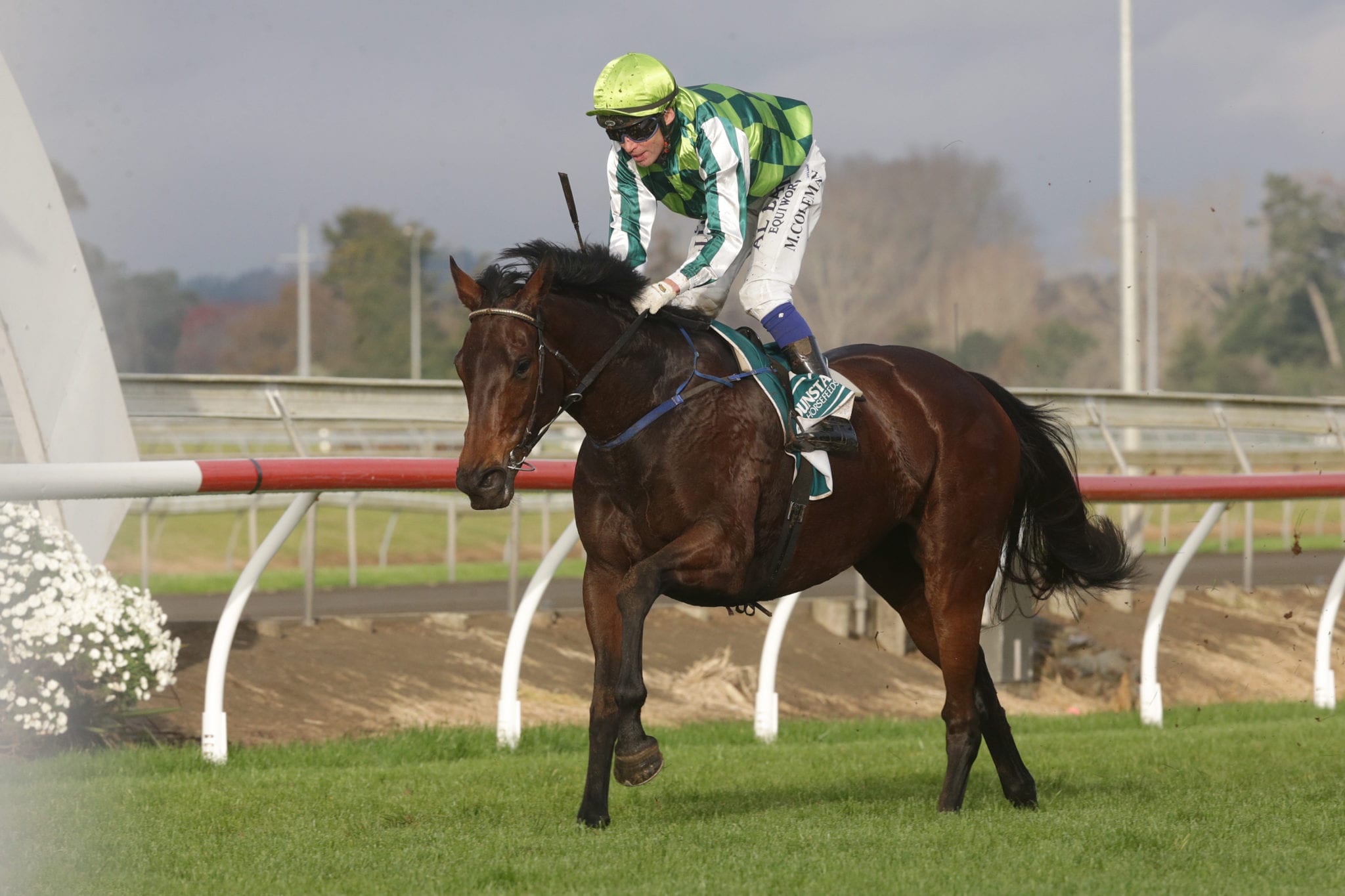 Trainer Cody Cole was straight back in the winning groove on Saturday when he produced promising staying mare Vainglory to win over 1600m at Pukekohe. The Cole stable had gone into lockdown off the back of a win at Tauranga by progressive galloper Kinshasa, with the Matamata mentor pleased to continue that form upon the resumption of racing on the weekend.

“We finished up with a winner before lockdown so it was nice to get straight back into it on Saturday,” Cole said. “We actually had quite a few ready to go for the autumn, that I felt were good chances, so that was a little tough on the owners to miss out there, but it’s good to get going again. “I actually thought Vainglory might be a little underdone as she had over 200 days since her last race, but she really found the line nicely. “She is a handy horse that has matured and strengthened up so we think there is still plenty ahead of her.

“Unfortunately, circumstances are that we don’t really know where we stand going forward so it is a little hard to make a plan for her. “The ideal is to get some black type with her so that’s what we will be trying to do. “She does skip along okay on top of the ground so a race like the Metropolitan Trophy (Listed, 2500m) at Riccarton in the spring could be a goal for her.”

Cole is also keen to get a number of his younger stable members to the track over the coming months as he believes there is plenty of talent amongst them. “We’ve got eight or nine to trial at Te Rapa on Tuesday, if we can fit them in as it sounds like there are going to be a lot of horses there,” he said. “We ticked a few over during lockdown, although we put the summer runners away, so we will have a number ready to race over the next couple of months.

“I’m really looking forward to some of the younger ones coming through as we have some pretty nice ones to work with. “We tend to have between 40 and 45 horses in work although I don’t like to get any more than that as I like to do most of the prep work myself. “The young ones are at a good level right now so it is exciting seeing them progress.”

While Cole’s primary focus is on his flourishing training operation, the former New Zealand Commonwealth Games weightlifting representative is planning a surprise return to his former love at the National Championships later in the year. A catch-up over dinner with good friend Richie Patterson, who won gold at the 2014 Glasgow Commonwealth Games in the 85kg division, has seen Cole accept the challenge to compete once again in his 69kg weight class.

“I caught up with Richie over dinner and a few beers the other night and we ended up having a wee bet that would see us both do Nationals this year, which is in Tauranga in November,” Cole said. “We’re both unbeaten at National level so we’re coming out of retirement for it. “I’m not sure where I’m going to find the time to train but it will be good fun and a bit of a laugh for us both. “I’m walking at around 68kgs at present and don’t want to get any heavier as I ride a lot of work so I don’t want to muck that up. “All I can say is that I’m in better shape than him so it’s game on.”