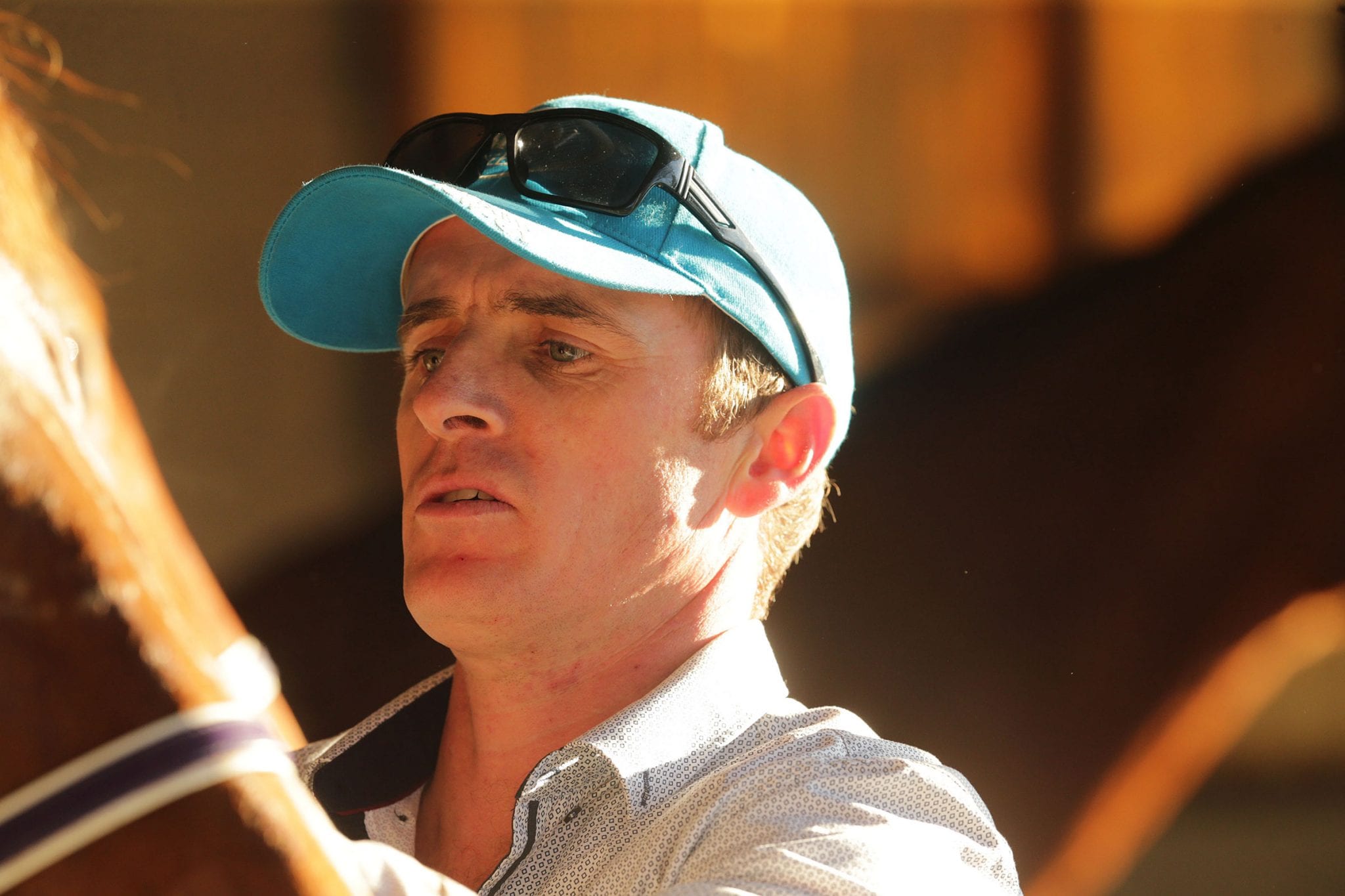 It’s not a misprint in your racebook, former New Zealand top jumps jockey Clayton Chipperfield is dusting off his saddle and making his raceday riding return at Pukekohe on Thursday.

The 41-year-old has been absent from the jockeys’ room for nearly 15 years, but a change in career trajectory earlier this year has led Chipperfield back on a path towards competitive riding.

He had been training for the last few seasons, most notably as the conditioner of Catalyst, who he trained to win the Group 1 New Zealand 2000 Guineas (1600m) and travelled to Australia where he ran Alligator Blood to within a nose in the Group 3 CS Hayes Stakes (1400m) at Flemington.

Chipperfield decided to forego his training commitments earlier this year and has enjoyed freelancing as a trackwork rider at Cambridge, which has helped him shed weight and comfortably return to riding weight.

“I don’t have training commitments now so I can take a chance,” Chipperfield said. “Since I have been freelancing in Cambridge the weight has fallen off me. I have dropped eight kilograms in eight weeks just from working and I haven’t even been dieting, so I thought I might as well have a go (at riding on raceday).

“My oldest daughter is 13 and I haven’t ridden since she was born, so it’s been about 14 years since I have ridden at the races and I am really looking forward to it.”

Chipperfield is just two victories shy of riding 100 winners, and he said that goal as well as the opportunity to ride over the famed Ellerslie Hill for a final time have been the major motivating factors for his return.

“I am not chasing rides, but if I could pick-up a nice chaser and get over the Ellerslie Hill again for the last time before they shut shop that would be great,” he said.

“I won two of them (Great Northern Steeplechase), and not many have won three, so if I can get a crack at winning another one that would be perfect.”

He holds fond memories of his previous riding endeavours, which included a number of feature jumps wins in New Zealand as well as Group One success in the United States.

“Golden Flare and I created history over the Ellerslie Hill, winning the Great Northern and the McGregor Grant double twice, which had never been done before, or since,” he said.

“I also won a Group One race in Kentucky. Riding in America was a great experience and it was a good financial move as well.

“The money over there was far superior to what was going on in New Zealand at the time. The Group One race I won over there was close to $200,000 and the exchange rate was two-to-one, so the rider’s fee was $30,000 when I won that.”

Chipperfield is excited about his return on Thursday and believes he has a chance of entering the 100 win club with his two rides – Optimum Sweet in the Book Your Next Function At Pukekohe Park 1600 and Lovettorleaveit in the Chooky’s Auto 2200.

“Optimum Sweet of Clinton Isdale’s has had a couple of trials, including a hurdle trial to get ready for it. He has got good fresh-up form as well so he is not going to be the worst ride,” he said.

“I know Lovettorleaveit very well. I managed to get a win out of her as a trainer before she went to Nick Smith. It would be great to ride her to a win as well.

“They are a great bunch of guys who own her and she had a fresh-up run a couple of weeks back over 1400m and was running along okay. She is up a bit of distance tomorrow, which I think will be ideal for her, and I think the track will suit both of them.

“They are both chances and I am happy to be on both of them.”