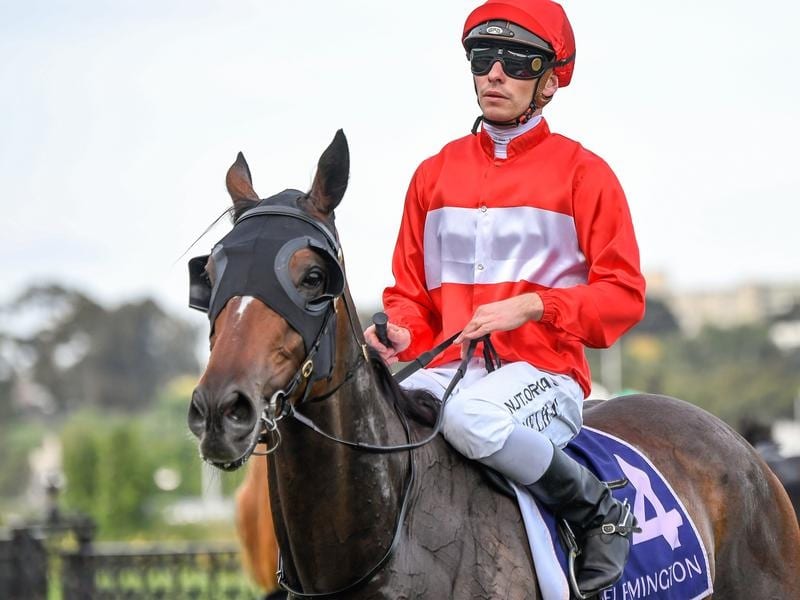 The Gai Waterhouse and Adrian Bott-trained Sacramento has been able to lead all of the way in the Listed Canberra Cup on Monday, defeating Dadoozdart by a length and a half.

After jumping from barrier 11, jockey Tim Clark took the top-weight straight to the front, finding the running rail well before the first turn, which proved to be a winning move.

The son of Pierro stacked his rivals up, before Clark upped the anti at the 700m, which filled him full of confidence heading into the home straight.

Sacramento’s win in the 2000m feature gave Clark his fourth Canberra Cup in the past seven years, while it was the third win in the race for Waterhouse and Bott.

“I’ve been very lucky to be on some pretty talented horses,” Clark told Sky Thoroughbred Central.

“Great effort by the stable. He was second-up after a really long spell, and to have him so forward – that real Waterhouse muscle kicked in.

The Queen of racing @GaiWaterhouse1 takes out the 2022 TAB Canberra Cup with Sacramento!🏇@clarkyhk judged the track conditions perfectly! 👌 pic.twitter.com/niEA9x13KO

“Importantly, he’s a very relaxed horse, so I sort of used him a fair bit early but as soon as I got there and dropped my hands on him, he just relaxed beautifully and conserved his energy really well.

“When I started to up the anti from the 700m, I knew that it would take a pretty good one to run him down. He was full of running and he was strong through the line.

Stable representative Neil Payne said that the post-race antics from winning owners was terrific given they were Canberra residents.

“What a brilliant ride from Tim,” he said.

“We’ve got a stack of owners here going berserk. I lost my hat – they were throwing me around out there like a jellybean – I lost my hat, my tie went upside down and everything.

“What a terrific win and just so pleased for the horse. He’s such a trier.”

The five-year-old gelding holds a nomination for the Group 1 Sydney Cup (3200m) on Day 2 of The Championships at Royal Randwick.

Sacramento remains a +5000 chance with online bookmakers for the two mile event on April 9.