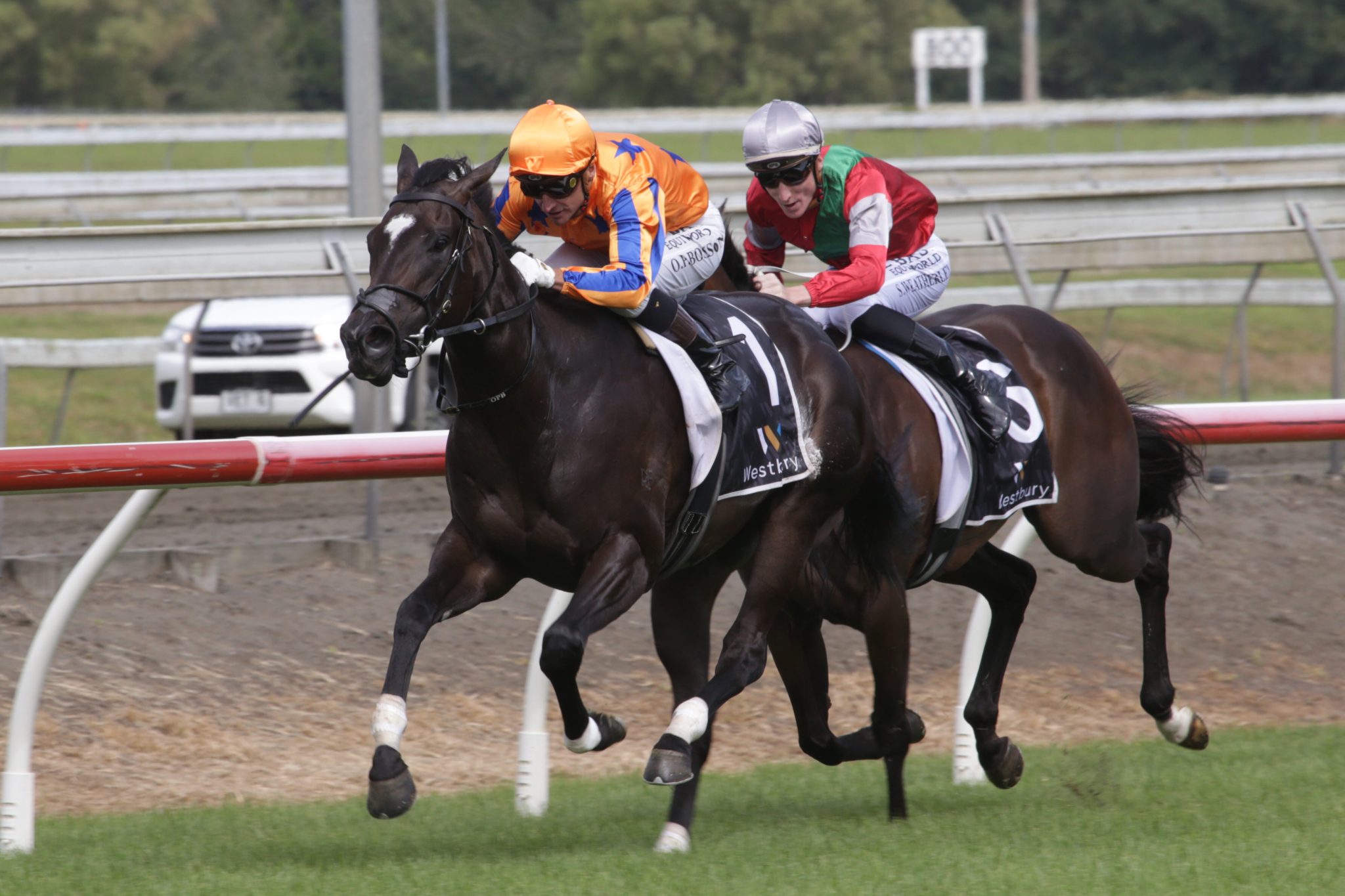 Triple Group One winner Imperatriz was sent out an odds-on favourite to win the Group 2 Westbury Classic (1400m) at Pukekohe on Saturday and favourite backers had few concerns as the four-year-old mare cruised to a comfortable victory.

The Mark Walker-trained mare was given a text-book ride by Opie Bosson as she went on to score by a length over a game Our Alley Cat, with last year’s winner Dragon Queen finishing well for third.

Imperatriz carried 59kg topweight under the set weights and penalties conditions but proved too classy for her rivals and she will now be set for the Gr.1 BCD Group Sprint at Te Rapa on February 11 where another clash with Levante awaits.

“It was a workmanlike win with 59 kilos and Opie didn’t knock her around. He took bad luck out of the equation when he popped off the fence at the 1000m and I was pretty confident from then on,” a satisfied Mark Walker said.

“I still think there is a bit of improvement to come looking ahead to the BCD Group Sprint.”

Walker opted to run the last start winner of the Group 1 Railway (1200m) at Pukekohe in preference to venturing to Trentham last week for the Group 1 Telegraph (1200m).

“I just thought a big trip down there (to Wellington) after two weeks was a bit to ask. Full credit to Babylon Berlin she really made her try hard that day in the Railway and I just felt the extra week would suit.

“Resisting the temptation is hard to do — a Group One compared to a Group Two — but the owners were supportive, and it worked out well.”

Walker indicated a trip to Brisbane in the winter was likely on the agenda for Imperatriz, who advanced her record to 11 wins from 16 starts.

Winning rider Opie Bosson, who has made Karaka Million night his own in recent years, said the mare was tracking nicely towards Te Rapa in a couple of weeks.

“We got a beautiful run, cruised to them and when she hit the front she just waited for them a little bit,” he said.

“Our Alley Cat fought hard. I got passed her quite easily, but she just waits for them a bit when she gets there too soon.

“She felt good, she is on the right track and she can’t do much more but win.”

Bred by Raffles Dancers NZ Ltd, the daughter of I Am Invincible was bought by David Ellis for A$360,000 on the Gold Coast as a yearling in 2020.