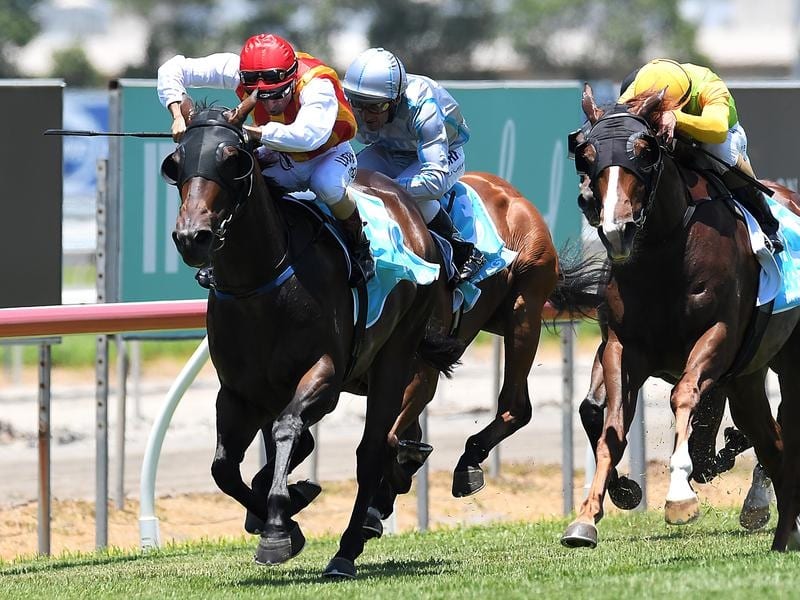 Trainer Gerald Ryan is under no illusions about the task facing Problem Solver in the Listed Christmas Classic at Randwick where she will take on dual Group One winner Alizee.

But the Listed 1200m-sprint is a vital part of Problem Solver’s preparation for a return to the Gold Coast for Magic Millions day on January 12.

At this year’s Magic Millions carnival, Problem Solver won the $250,000 Maiden and is headed to the $1 million Fillies and Mares race over 1300m.

She goes into Saturday’s Randwick race off the back of her second career win in the Magic Millions 3 & 4YO Stakes at Wyong on December 12.

Godolphin mare Alizee returns to racing after missing the spring because of a mandatory ban for a bleeding attack.

Alizee and Fell Swoop head the Christmas Classic field with the latter slated to head to Flemington for the Standish Handicap on New Year’s Day.

“Alizee is a class above the rest of the field but the other option for Problem Solver was a 1400 metre race,” Ryan said.

“She is a big gross mare and needs to run.”

Alizee was the TAB’s $2.25 favourite in opening markets ahead of Fell Swoop at $3.80 and Problem Solver at $6.

The Matt Dale-trained Fell Swoop broke a winning drought of almost three years in the Listed Razor Sharp (1200m) at Randwick on December 15.

Ryan also has Pipeline returning in the Australian Turf Club Handicap (1200m) after a lengthy break during which he was gelded and Arancini in the Vale John Marshall Handicap (1400m).

Among Marshall’s many big wins was the 1999 Melbourne Cup on the Bart Cummings-trained Rogan Josh.

Marshall and Cummings enjoyed a long and successful association with horses such as Beau Zam, Sky Chase, Campaign and Shaftesbury Avenue.