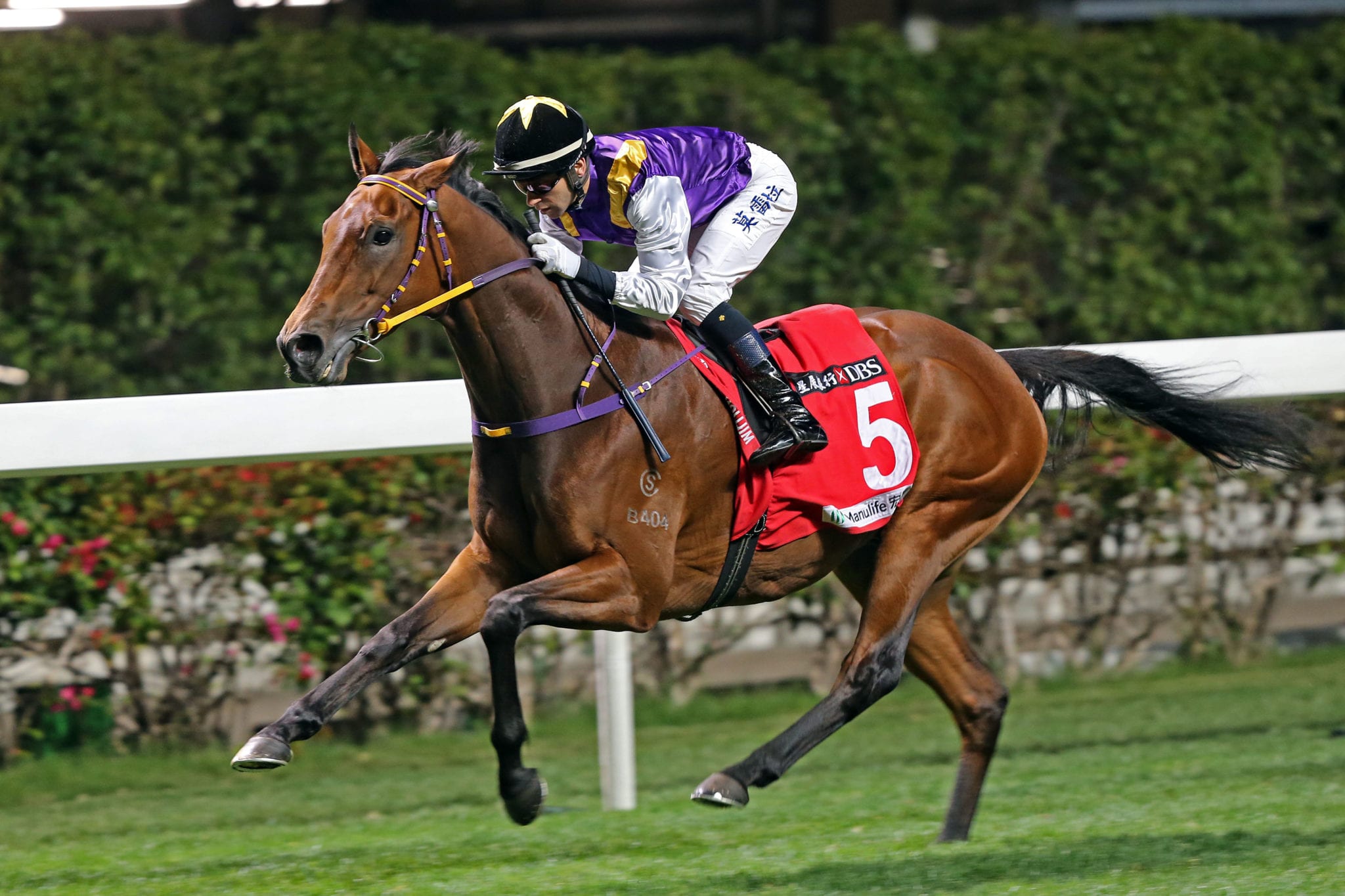 Benno Yung’s charge went off the 2.1 favourite but Moreira was last-but-one and waiting on a split as the field of 12 took the home turn. When the runners fanned, the cool rider angled inward for an opening and his mount quickened powerfully to hit the lead 100m out, scoring handsomely by two lengths.
“I was very lucky to get a split on the inside, it opened beautifully for me and he didn’t just win, he won very impressively so he deserves some respect,” Moreira said.

And the rider believes the manner of that success indicates that the lightly-raced five-year-old – two wins from eight career starts – might cope with a rise to Class 2.

“He’s done it very well today and off a light weight he might give it a shot,” he said. “He showed a lot of gate speed for me and I wasn’t sure how we were going to handle it because Benno said he would like me to ride him a little bit quiet, but I was going to end up three-wide so I kept bringing him back and back.

“Good horses do what he’s done, he relaxed nicely, responded to my indications and when I got there in a comfortable position I could feel like he was coming strong to the end.”

Moreira teamed up with Frankie Lor for an earlier success when Blooming Spirit overcame top-weight of 133lb to land the Class 5 Morrison Hill Handicap, his first win at the 13th attempt and his first outing at 1650m.